God does not discriminate

Arun Storrs is the consultant for MRG’s Street Theatre Project who recently travelled to Botswana to monitor and develop the programme. Arun runs a non-profit organization called The Kumari Project, which provides support services to orphans from the orphanage where she was adopted in Nepal. She is also currently acting in film and theatre and directs, choreographs and performs her original work.

We gather, the actors, Mpho, the Director, Vanessa, the Project Officer and I, in the parking lot outside our hotel bungalows. The actors are changing into their costumes – bright colored shirts and black slacks, snacking on take-out from nearby fast food joints, and taking turns dancing and singing along with the music blaring from a portable speaker while they load up the car with props – a giant trash can, metal poles, a black curtain that hides the backstage, and tins of colored paint. 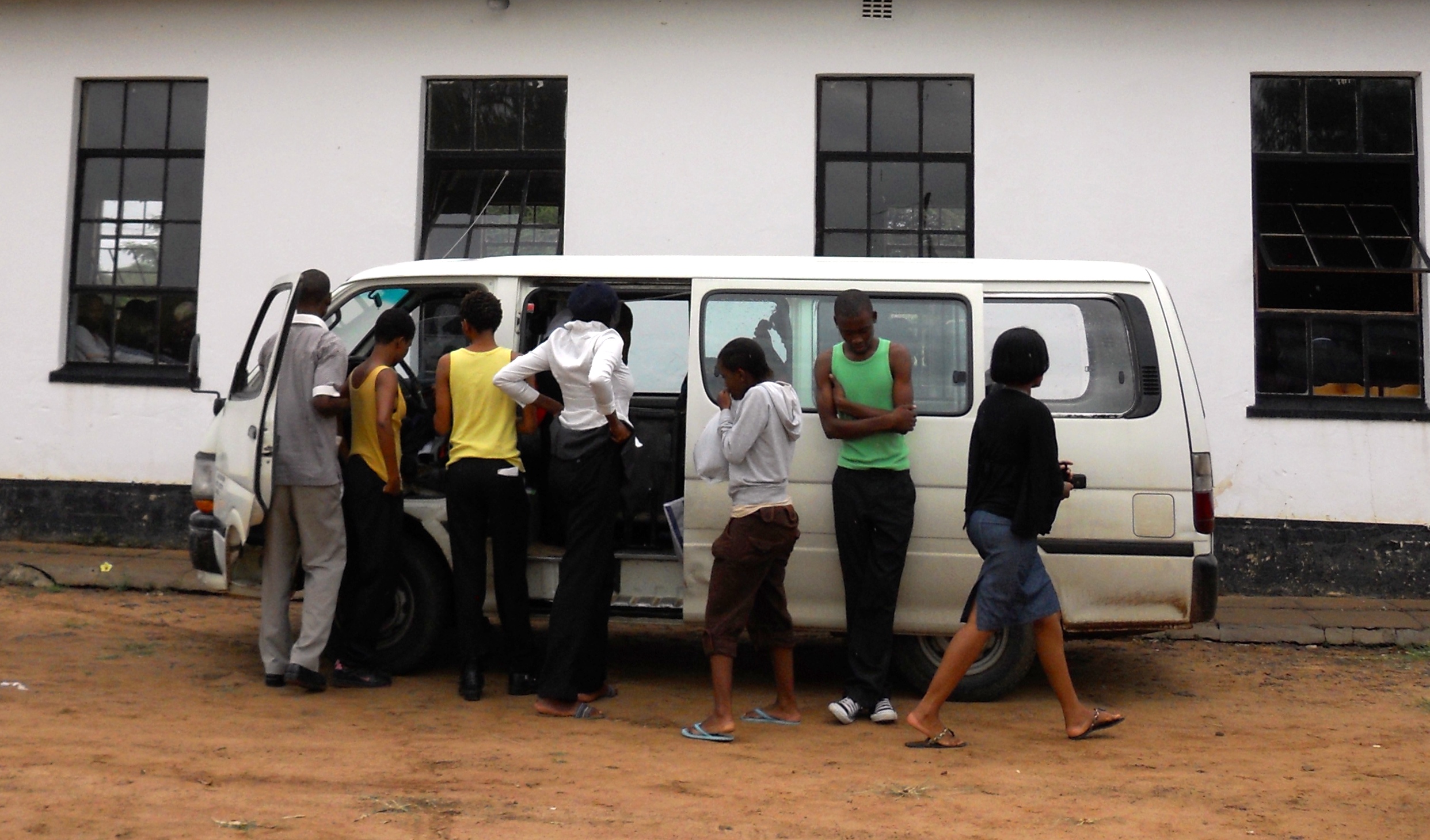 We pile into a large white van and another car for the spillover. We arrive at Molepolole Community Hall, a church about 45 minutes outside of the capital Gaborone, as the service is ending. The actors start to load the set and props as the church band clears its instruments from the narrow stage. 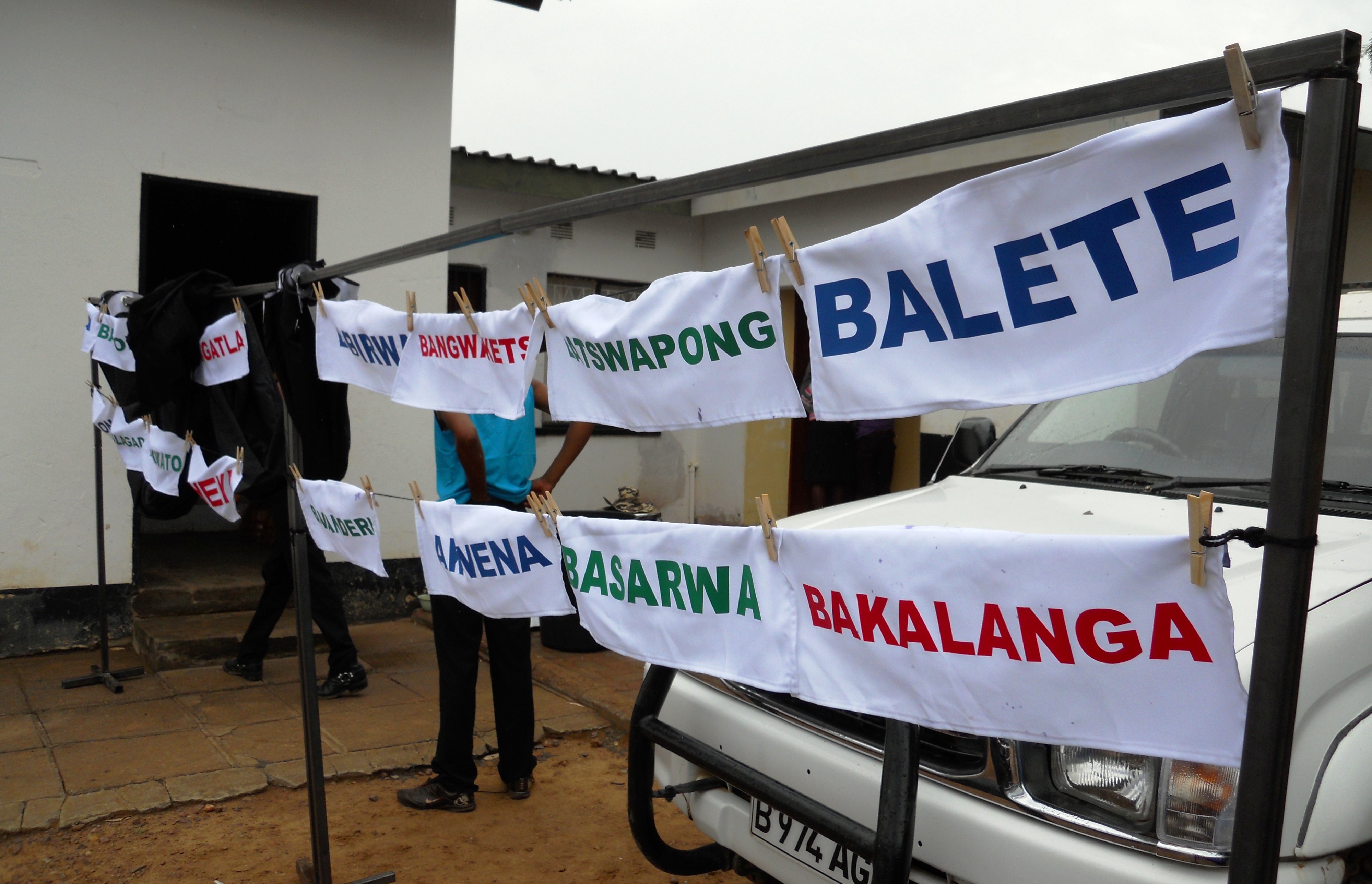 The stage is set; a black curtain with all the names of all the individual tribes in Botswana covers the background. The protagonist, a young woman named Induana, squats downstage center by a large trashcan. The rest of the cast enters singing and dancing to pull down the names of each of the tribes and throw them into the trashcan. They leave only the names of the eight indigenous tribes that are recognised by the government.

The play then flashes to a village celebrating a birth. It is Induana. She is a child. The play’s action stops, and Mpho enters the stage to ask what advice the audience would give to Induana to be successful in life. Audience members raise their hands, men and women, although more men than women usually, and advise her to work hard, study hard, and do well in school. 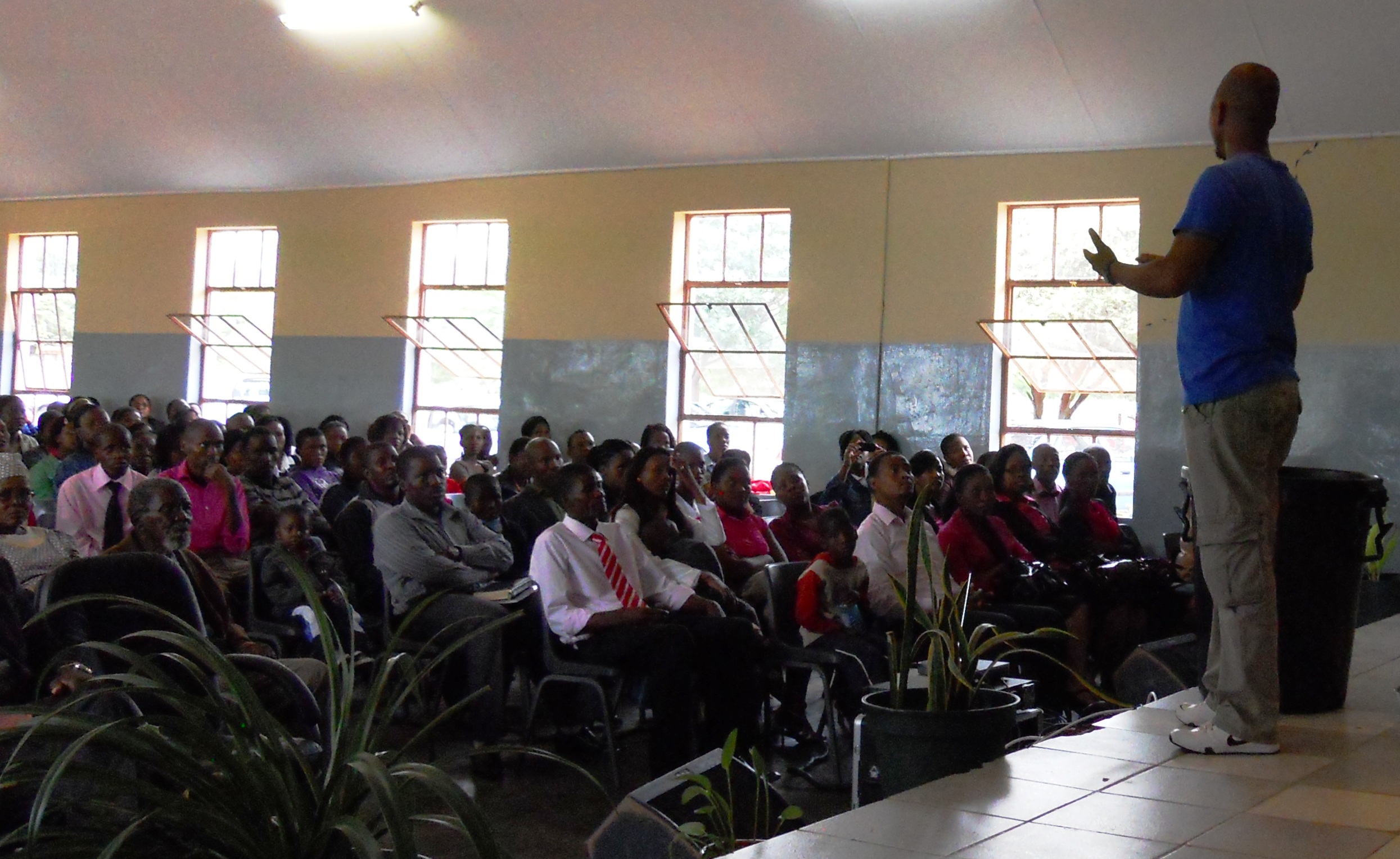 The play continues, and as Induana is playing jump rope with two friends, she makes a mistake and trips on the rope. Her friends immediately begin to yell racial slurs at her. At this point, Mpho returns to the stage and engages the audience members who spoke before to ask further advice on what Induana should do in this situation. In doing this, he exposes the assumptions people made earlier about Induana (that she was a majority member and would not have to deal with racism growing up) and asks the audience to step into her shoes and face the ugliness of prejudice. 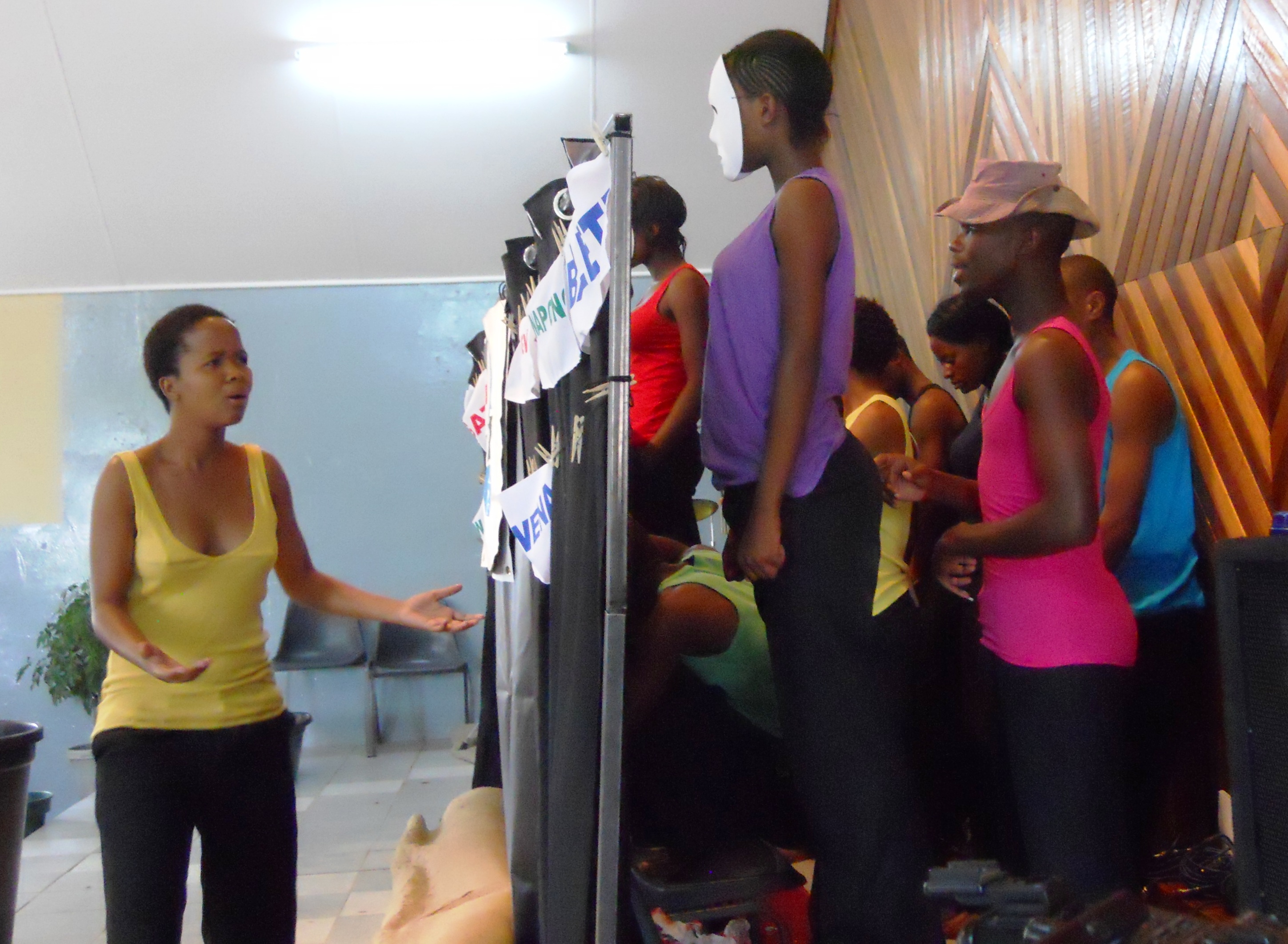 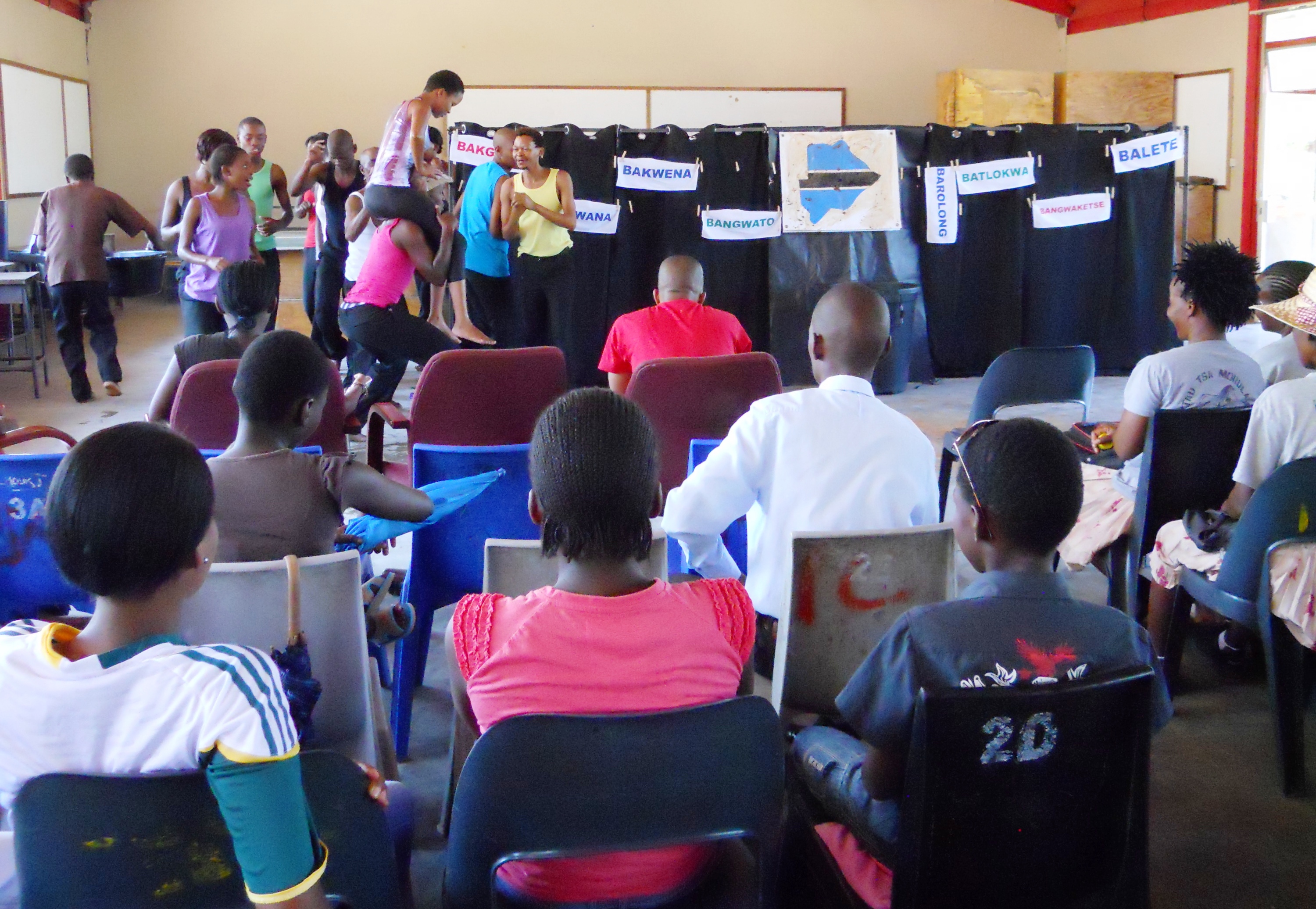 Again the play resumes, and Induana is surrounded by the company of actors, who continue to assault her with racial slurs and then begin to cover her with paint. She is left by herself on the stage, trembling and crying. The members of the company re-enter, asking forgiveness, having seen the error of their ways, and bathe her, washing away the hate they have inflicted upon her. The play concludes as the cast parades Induana around the stage, as she declares her pride in herself and her ethnicity, the audience singing and dancing in their seats along with the actors. At the end of the performance, the head of the church thanks the actors for coming. He explains his reluctance when he was first approached because the church had never hosted an event like this, but he expresses his joy that the entire congregation stayed and that even the kids from Sunday school got to watch this play; for, the play’s message is fitting for the setting. God does not discriminate.

This article reflects the sole opinion of its author and does not engage MRG’s responsibility.