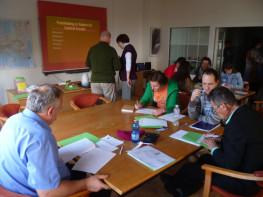 View pictures of the training in Slovakia.

View the pictures of the training on Facebook here and here.

View the pictures of the community meeting. View pictures from the meeting.