Looma Ooyaan – No One Cries for Them: The Predicament Facing Somalia’s Minority Women 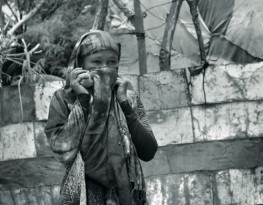 Minority Somali women and girls are particularly vulnerable to sexual violence due to poverty, marginalization and discriminatory attitudes, but this is often ignored by the authorities and the clans, say Minority Rights Group International (MRG) and IIDA Women’s Development Organisation in a new report.

The report, Looma Ooyan – No one cries for them: The Predicament Facing Somalia’s Minority Women, says the perpetrators of these abuses include members of dominant clans, militias and security forces, as well as men from minority communities. It also details the widespread impunity surrounding violence against minority women and girls and the challenges they face in accessing justice, and following incidents of sexual assault.

The report will be launched at an event in Nairobi, Kenya, at the Sarova Panafric Hotel on Friday January 30 2015 between 9.00 – 13.00. The event will be officiated by the EU Special Envoy and Ambassador to Somalia, Michele Cervone d’Urso.

As of 2014, Somalia had still not signed the Convention on the Elimination of Discrimination againstWomen. The report concludes by emphasizing that the inclusion of minority women is the only way lasting peace and stability can be achieved in Somalia.

To confirm your presence at the launch event in Nairobi, to arrange interviews with MRG spokespeople and our Somali partners, or receive an embargoed copy of the report please contact one of the below: