Minority Rights Group > News > Press releases > Between the Millstones: Iraq’s Minorities Since the Fall of Mosul

Between the Millstones: Iraq’s Minorities Since the Fall of Mosul 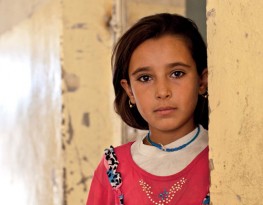 Minority communities in Iraq have been targeted by the Islamic State of Iraq and al-Sham (ISIS) in a systematic strategy to remove them permanently from large areas of Iraq, says a group of human rights organizations in a report launched in Brussels today. The report provides critical information on the legal basis for war crimes prosecutions and follows a hearing on religious minorities in the European Parliament.

‘Between the Millstones: Iraq’s Minorities Since the Fall of Mosul’ is a joint report of Institute of International Law and Human Rights (IILHR), Minority Rights Group International (MRG), No Peace Without Justice (NPWJ) and the Unrepresented Nations and Peoples Organization (UNPO) focusing on the Christians, Kaka’i, Shabak, Turkmen and Yezidi – who have been most affected by the conflict.

‘While military action against ISIS dominates the headlines, to date there has been no serious effort to bring the perpetrators of crimes against minorities to justice,’ says William Spencer, Director of IILHR. ‘Minorities were first caught by wholesale discrimination and violence well before the arrival of ISIS. Now they face a new threat to their existence from ISIS attacks.’

The report combines eye-witness accounts by members of minorities with legal analysis.

‘The research done for this report shows very clearly that ISIS has committed war crimes, crimes against humanity and possibly even genocide against religious and ethnic minorities in northern Iraq,’ adds Alison Smith, Legal Counsel of NPWJ. ‘These atrocities cannot go unremarked and unaddressed; the Iraqi Government and the international community have to obtain accountability and redress for the victims.’

Of more than 2 million people displaced since January 2014, a disproportionate number are from ethnic and religious minorities, including Assyrians, Kaka’i, Shabak, Turkmen and Yezidis.

‘Many minority communities continue to live under the threat of mass killing in Iraq,’ says Mays Al-Juboori, Civilian Rights Officer at MRG.

‘The lack of an effective response from the government has left many displaced minorities without adequate food, water, health care, shelter and other needs, with women and children especially vulnerable,’ stresses Johanna Green, Programme Manager at UNPO. ‘With a looming humanitarian calamity, practical steps to help the millions affected are now urgent.’

The report contains practical recommendations to alleviate the immediate humanitarian crisis and bring about comprehensive legal and social reform to end longstanding marginalization of minorities.

The report is produced by a consortium of four non-governmental organizations: the Institute of International Law and Human Rights, the Unrepresented Nations and Peoples Organization, No Peace Without Justice, and Minority Rights Group International. It is a product of field visits to camps and informal settlements in Northern Iraq and Baghdad, research and analysis, and interviews with key leaders and experts who include minority leaders, civil society representatives, members of the Iraqi parliament and senior Iraqi government officials, members of the international community and humanitarian organizations, and others.

The findings will be presented by consortium representatives at the Human Rights Subcommittee of the European Parliament’s Foreign Affairs Committee at its 26 February 2015 session. This will be followed by a launch event on 27 February 2015 at 9 a.m. – 11 a.m. (GMT) in “Room Passage”, International Press Center at the Residence Palace Building, 155, rue de la Loi – Blok C 1040 Brussels.

For more information or to arrange interviews, please contact: