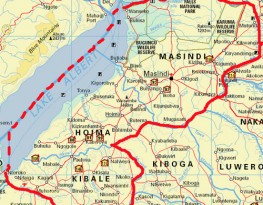 Minority Rights Group International (MRG) urges the Ugandan government to use constructive dialogue to resolve a persistent conflict between minority pastoralists (Banyarwanda and Banyankore), and indigenous cultivators (Bagungu and Banyoro) over grazing rights in Bunyoro, a region in western Uganda. At stake are the customary land rights of indigenous communities as well as the future of 7,000 pastoralists, who have been displaced after recent clashes. The pastoralists, who lead a nomadic lifestyle, searching for water and pasture for their animals, lay claim to the land, however the Indigenous communities dispute this.

‘Whereas acts of violence and non-tolerance of one ethnic group towards another should always be condemned,’ says Agnes Kabajuni, MRG’s Africa Regional Manager, ‘The Ugandan government should not exacerbate the underlying issues that need to be effectively addressed to resolve the conflict. This can only be through planned and facilitated dialogue between the pastoralists and the cultivators.’

Last week, police stopped a clash from taking place. A community meeting was later organized to diffuse the tension. But there was no concrete agreement reached to end the historic feud that has in the past resulted into and destruction of property.

In January 2015, indigenous community members attacked pastoralist communities in the area. Six children and three women were injured, and livestock was killed during the attack. The district police disarmed the attackers and confiscated the weapons. Local authorities later engaged the parties to the dispute in dialogue and community sensitization.

Paolyel Onencan, the Chairperson of Buliisa Rural Development Organization, a community-based organization, working for the rights of the Indigenous people also adds that in October 2014, a pastoralist child was killed, and another seriously injured in Butiaba Sub-County in Buliisa district by the cultivators.

The Indigenous community accused the two boys of feeding livestock on their crops.

The conflict between the two communities dates back to the arrival of over 10,000 pastoralists in Bunyoro region in the year 2000, looking for water and pasture for their livestock.

‘At that time, there was abundant grazing land that seemed abandoned but was partly owned by the government and the Indigenous community. No one seemed to care about the animals grazing there until the pastoralists started purchasing some of the Indigenous land,’ Onenchan explained.

This led to tensions and clashes, resulting in the displacement of pastoralists and driving them from the region. However, they often returned, leading to the current cycle of violence.

However, the government of Uganda has yet to fulfill the court order, Onenchan revealed. ‘My advice is that the pastoralists should return to court to force the government to implement the order,’ he says.

Kabajuni emphasizes, ‘Meanwhile, the government should do all it can do support and encourage dialogue efforts. Otherwise, there is every reason to fear that the violence will continue.’ 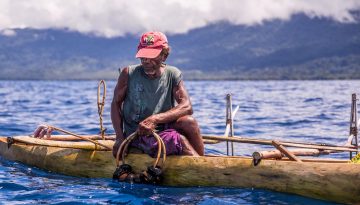