Minority Rights Group > News > Europe > Cities can provide opportunities for many, but minorities and migrants in Europe often left out, MRG annual report

Cities can provide opportunities for many, but minorities and migrants in Europe often left out, MRG annual report 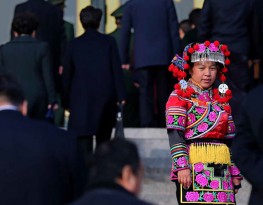 Cities can provide opportunities for many, but minorities and migrants in Europe are often left out, says Minority Rights Group International (MRG) in its annual report.

The international organisation’s State of the World’s Minorities and Indigenous Peoples 2015 uncovers the realities of urban life of minorities and migrants, from conflict-hit areas to gentrifying cities around the world, and says that, in Europe, minorities often suffer stigmatization and exclusion. Many minority communities live on the margins of Europe’s urban centres, where they lack access to essential services and employment.

“Positive outcomes in education, employment and health are all fundamentally concerned with one’s housing status,” says Carl Söderbergh, MRG’s Director of Policy and Communication. “Deprivation in housing is an affront to the most vulnerable, including minorities and migrants, and impairs their ability to participate fully in society.”

The report warns of the dire housing situation of displaced communities, which have been forced to leave their homes in search of security.

Over the past year, cities in Ukraine have had to provide shelter for close to 1.3 million people, including thousands of Crimean Tatars, fleeing from the east. As the state did not have the emergency infrastructure in place to accommodate displaced civilians, resettlement has been ad hoc and has varied from city to city. Displaced have even been housed in old sanatoriums and summer camps, often away from urban centres and the employment opportunities that they offer.

In Turkey, conflict as well as the government’s targeted policy of village destruction in Kurdish populated areas throughout the 1980s and early 1990s resulted in the displacement of between 1 and 3 million Kurds. Many were forced to relocate to urban areas in the region, or moved to western cities such as Istanbul. To this day, a large proportion of this population resides in marginalized informal settlements on the periphery of the city.

The situation is hardly better for many established urban minority communities with a presence spanning generations, whose struggle for their rights and security is being played out in cities, says the report.

In many cases, European cities reinforce the social and political marginalization of minorities and migrants, where many live in segregated neighbourhoods.

Social disparities are evident in prosperous urban centres such as Paris, France, where certain ethnic groups such as those of African descent are concentrated in peripheral banlieues with poor housing, widespread unemployment and high levels of crime. The report finds that it is harder for them to move out of poor suburbs, and they are three times more likely to move into the least advantaged neighbourhoods.

In Russia, advertisements announcing houses for rent are often accompanied by the clause ‘only for Russians’ or ‘only for Slavs’, resulting in migrants from the Caucasus and Central Asia being excluded.

The report also addresses the housing situation of Roma in countries such as Bulgaria, France and Greece where their prospects of employment and accessing public services are bleak, because they are typically concentrated in poorer settlements, often in sub-standard housing, and subject to official policies that encourage segregation or eviction.

“Governments have to take concerted steps and better understand the challenges facing minority urban communities, whose struggles often remain invisible,” says Söderbergh. “While some cities have adapted to meet certain challenges, the concerns of minorities, on the other hand, have yet to be included in urban policy to the same degree.”

In Józsefváros, a Budapest neighbourhood with the largest concentration of Roma and migrants in the city, social housing blocks were demolished to accommodate private developments, raising property prices in the area to the highest in the district, and in the process making housing for the original tenants, many of whom are Roma, unaffordable.

Nevertheless, despite these challenges, inclusive and well managed cities offer the possibility of improved political participation, community activism and greater freedoms for minority and migrant communities. The volume features many examples of positive change achieved through mobilization and advocacy, bringing economic growth, cultural diversity and even environmental protection to their cities.

“Under the right conditions minorities can contribute in numerous and beneficial ways to the growth and diversity of cities. For this to happen, adequate protection and policies must be in place,” adds Söderbergh.