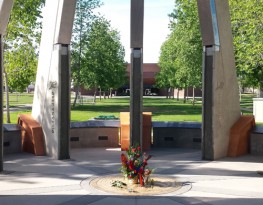 On the eve of the 100th anniversary of the killing of up to 1.5 million Armenians under the Ottoman Empire, Minority Rights Group International (MRG) urges the government of Turkey to recognise the genocide, and take steps towards genuine reconciliation.

Armenians have documented how their ancestors were systematically killed between 1915 and 1917, through mass killings, deportations and starvation. The UN Convention on Genocide was only agreed in 1948, but more than 20 countries, as well as the Council of Europe and the European Parliament, have recognised the killing of the Armenians as genocide.

Turkey maintains that the Armenians died in clashes during the War, with ethnic Turks also suffering large casualties.

Hundreds of Armenians from all over the world will attend events in Istanbul on 24 April to commemorate the 100th anniversary of the beginning of the genocide.

‘Recognition of the genocide is not only important for reconciliation between Turkey, Armenia, the Armenian diaspora and Turkish Armenians,’ says Nurcan Kaya, MRG’s Turkey Coordinator, ‘It is also an essential step in building a truly democratic society, based on equality and justice for all people, and guaranteeing the protection of minorities in today’s Turkey.’

‘Denial of genocide creates a hostile environment against Armenians and endangers their security, it undervalues the tragedy that Armenians went through and the sorrow their community has suffered for 100 years,’ she added.

Armenians are among the ancient people of Anatolia. Their number was around 2 million during the Ottoman Empire. Today, around 60,000 remain in Turkey.

Turkey is a land of great ethnic, linguistic and religious diversity – home to Turks, Kurds and Armenians, but also Alevis, Ezidis, Assyrians, Laz, Caferis, Roma, Rum, Caucasians and Jews – but minorities have often faced repression in the name of nationalism.

Although the state respects Armenian’s minority status, they are regarded as foreigners by many, even though they have inhabited the land that constitutes modern Turkey for well over 2,000 years.

MRG has repeatedly called on Turkey to ensure the rights of minorities are protected, and continues to urge the authorities to openly condemn attacks on minorities and ensure effective investigation and prosecution.

Download MRG’s report Forgotten or Assimilated? Minorities in the Education System of Turkey

Minority Rights Group International is the leading international human rights organization working to secure the rights of ethnic, religious and linguistic minorities and indigenous peoples. We work with more than 150 partners in over 50 countries