Mauritania ranked as worst place in the world for slavery, yet authorities ignore the problem, new MRG report 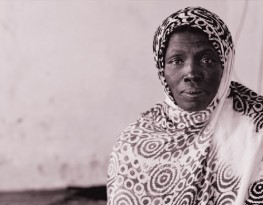 Mauritania is ranked as the worst place in the world for slavery, with tens of thousands still trapped in total servitude across the country, yet it is often ignored by the authorities, despite the fact that the law criminalizes the practice, says Minority Rights Group International (MRG) in a new report.

MRG Mauritania Project Coordinator Freddy Batundi says, ‘The stories of Haratine women in Mauritania, who are silently subjected to slavery, poverty and discrimination, have been largely untold. This valuable new report aims to redress that balance.’

The report, Still Far from Freedom: The Struggle of Mauritania’s Haratine Women, which draws on extensive research and first-hand testimonies by Haratine women, reveals the everyday abuse and oppression experienced by those in servitude.

According to the report, 18 percent of the Mauritanian population lives in slavery; the UN says that 50 percent of Haratines experience extreme forms of servitude, including bonded or forced labour.

Forms of slavery range from exploitative labour, intimidation and confinement, to rape, violence and the enforced separation of families. Formerly enslaved Haratines, and their descendants, also face widespread stigmatization and lack access to necessities such as education, land rights and political participation.

The report states that the indifference and complicity of law enforcement agencies has actively contributed to the impunity enjoyed by slave masters. Only one prosecution of a slave owner has ever taken place in Mauritania, with the perpetrator subsequently released on bail, pending an appeal.

Perpetrators of slavery belong to the dominant Arab Berber population, or ‘White Moors,’ and control their victims using physical or mental threats, leaving them unable to independently make any decision related to their lives without their master’s permission.

Though the legal abolition of slavery in Mauritania was a critical first step, a wider process of social and institutional reform is urgently required before the rights and security of Haratine women can be ensured, says the report.

Salimata Lam, of SOS-Esclaves, says, ‘This report shines a welcome light on the daily discrimination faced by Haratine women. We sincerely hope it will contribute to reshaping opinions and attitudes and bring about real change for this long-suffering community.’

To confirm your presence at the launch event in Nouakchott, to arrange interviews with MRG spokespeople and our Mauritania partners, or receive an embargoed copy of the report, please contact: