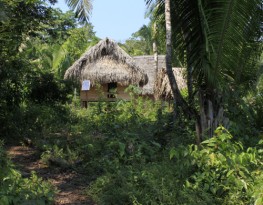 Minority Rights Group International (MRG) welcomes the ruling by the Caribbean Court of Justice (CCJ) affirming the rights of the Maya indigenous people of Southern Belize to their customary and traditional lands.

The ruling was the result of an agreement between the Maya and representatives of the Government of Belize and, as previously held by Belize’s Court of Appeal, confirms that their traditional land is property under the Constitution.

The CCJ accepted the Government’s undertaking to put in place, in full consultation with the Maya, the necessary administrative and legal provisions to enable the demarcation and registration of communal lands, and their protection from incursion by outsiders.

Importantly, given the failure by the Government to take any steps to implement earlier judgments in favour of the Maya, the CCJ will oversee the Government’s compliance, with April 30 2016 as the date given for both sides to report back on implementation of the customary land rights system.

The CCJ reserved its decision on the issue of compensation for damages for the Maya.

In 1994, without consulting Toledo Maya or Garifuna communities, the Belize government converted almost 42,000 acres of their ancestral territory into government land, the Sarstoon-Temash National Park (STNP). The government then opened the STNP, and a further area covering in total the land of 38 Maya villages, to oil exploration by US Capital Energy Belize, Ltd, a wholly owned Belizean subsidiary of American company US Capital Energy, Inc.

The legality of these actions has been challenged by both national and international bodies. First the Inter-American Commission on Human Rights in 2004, and then the Supreme Court of Belize in 2007 and 2010 recognised the rights of the local communities over their traditional lands, and instructed Belize to abstain from oil exploration on the land without first obtaining the informed consent of the Maya.

Both bodies concluded that the Belize government must recognize Maya collective land ownership in Toledo and obtain the free, prior and informed consent of Maya communities before awarding concessions. The government of Belize had refused to comply with these decisions, however. Instead it appealed the 2010 ruling, and in 2013 the Court of Appeal handed down an inconclusive decision.

While the Court of Appeal recognised the indigenous property rights of the Maya, it said that it had no power to order the government to take affirmative steps to recognise and protect such rights in practice. Both the Maya villagers and the government appealed this decision to the CCJ.

‘It is regrettable that the Belize government has consistently chosen not to comply with its obligations in respect of the local Maya and Garifuna communities, backing down only at the 11th hour at the door of the CCJ,’ says Carla Clarke, MRG’s Legal Cases Officer.

‘MRG, however, applauds this new ruling in favour of the Maya before the CCJ, and looks forward to the government now honouring its promise before the Court, so that the local communities can finally enjoy their legally recognised rights,’ she adds.

For more information about this case see MRG’s report,‘Suddenly We Have No More Power’: Oil Drilling on Maya and Garifuna Land in Belize

Minority Rights Group International is the leading international human rights organization working to secure the rights of ethnic, religious and linguistic minorities and indigenous peoples. We work with more than 150 partners in over 50 countries