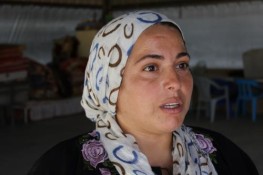 This event aims to raise awareness and further interest among policy-makers, development practitioners and scholars on the Naqab case. In 2014 the UK House of Commons Foreign Affairs Committee’s included a discussion on the situation of the Naqab Bedouin in its report on The FCO’s human rights work in 2013 pointing to the urgency and timeliness of discussing recent developments in the Naqab.

It provides a platform for local Naqab Bedouin women, in particular from the younger generation, to voice their viewpoints and bring attention to their forms of activism in the Naqab Bedouin’s struggle. The speakers are prominent local activists engaged in local and international advocacy of different kinds. They will provide analysis and up-to-date information of recent developments in the Bedouin land struggle since the Prawer Plan,  as well as articulate and bring to a wider audience the political narratives, agendas and imaginaries of a new generation of younger female Bedouin activists.

Sana Ibn Bari, Association for civil rights in Israel:  Legal Aspects in the Struggle of the Arab Bedouin Community

This half-day event on the Naqab Bedouin in Israel is jointly organised by the Institute of Arab and Islamic Studies, University of Exeter, Minority Rights Group International, and the Human Rights Consortium at the School of Advanced Study, University of London. It is funded through the AHRC project “Gender and Settler Colonialism: Women’s Oral Histories in the Naqab“.

For registration, please email your name and affiliation to Olga Jimenez, olga.jimenez@sas.ac.uk. Places are limited.