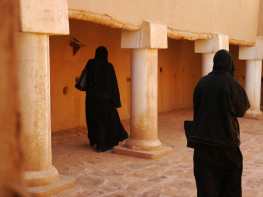 Saudi Arabia is one of the worst countries in the world for religious freedom. Shi’a and other minorities continue to face official discrimination, social exclusion and state persecution, with little evidence of positive change since the accession of King Salman in January 2015, says a new report from Minority Rights Group International (MRG).

According to the report, Still invisible – the stigmatization of Shi’a and other religious minorities in Saudi Arabia, hundreds of activists from religious minority communities have been killed, injured or imprisoned since 2011. This repression includes death sentences against Shi’a activists, including the prominent Shi’a cleric, Sheikh Nimr Baqir Al-Nimr, and his nephew, Ali Mohammed Baqir Al-Nimr, who faces beheading and crucifixion, despite being only 17 years old at the time of his alleged offences.

‘During the past few days, there have been signs that the Saudi government will soon move forward with the executions of persons found guilty of anti-government offenses. Without urgent intervention, both members of the Al-Nimr family are likely to be executed imminently,’ says Carl Soderbergh, MRG’s Director of Policy and Communications. ‘Their convictions and death sentences should be immediately quashed.’

To this day, freedom of religion is not guaranteed by law in Saudi Arabia and all Saudi citizens are required to follow Islam. Buddhists, Christians, Hindus, adherents of other religions as well as atheists and agnostics, who together number around 2 million people, are forbidden from publicly expressing their beliefs.

The report says that Shi’a and non-Muslim groups in the country should be free to express their beliefs without fear of reprisal, and participate in all aspects of their lives as free and equal citizens, including in national and local government.

Shi’a in Saudi Arabia have recently been subjected to an unprecedented wave of violence by militants apparently linked to Islamic State of Iraq and Al-Shams, with at least five major attacks in the last year that have killed dozens and injured many more.

Though these incidents have attracted official condemnation, concrete measures to address the underlying problems of sectarianism – such as a proposed policy to strengthen national unity, rejected by the Saudi Shura Council in June 2015 – have yet to be implemented to protect those at risk.

In particular, the government’s harsh response to popular protests in Eastern Province, beginning in 2011 and involving many Shi’a demonstrators, has effectively silenced any discussion on possible alternative steps to improve national cohesion and end the country’s deeply entrenched tradition of religious discrimination.

‘The Saudi government must end all forms of discrimination and reach out to the country’s religious minorities, particularly the Shi’a population, to strengthen their rights and security,’ says Soderbergh. ‘These steps are essential for the future peace and stability of the country.’