Burundi at tipping point, government and international community must do more to prevent escalation of conflict, warns MRG 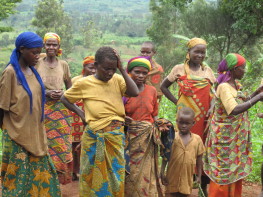 Ahead of the United Nations Security Council meeting with the government of Burundi today, Minority Rights Group International (MRG) warns of the risk of the current wave of violence spiralling into an ethnic conflict, if both the government and the international community do not take action to prevent further escalation.

‘Burundi is now at a tipping point. If there is no concerted effort to prevent escalation, the current wave of violence could become ethnically driven and will pit the government against opposition members,’ says Agnes Kabajuni, MRG Africa Office Manager, adding, ‘To ensure lasting peace, the international community has to bring all warring factions into dialogue.’

The violence, sparked in April last year when President Pierre Nkurunziza announced his intention to run for another controversial term in office, has claimed an estimated 400 lives and about 250,000 Burundians have fled into neighbouring countries. The president won the poll in July 2015.

As talks hang in the balance, according to media reports, dead bodies litter the streets, opposition leaders and human rights activists continue to be the targets of arbitrary arrest, killings and torture, and government officials have allegedly used inflammatory language similar to that used during the genocide in Rwanda.

‘As we have repeatedly seen in this region, reckless language being used wantonly by government officials can all too easily spark ethnic violence, forcing particular groups of people to begin to target others in vengeance attacks and quickly leading to full scale ethnic conflict,’ added Kabajuni.

According to MRG’s Peoples Under Threat ranking table, which highlights countries most at risk of genocide and mass killing, Burundi was last year ranked 24, even before the recent violence started.