A new movement for minority rights in South Asia 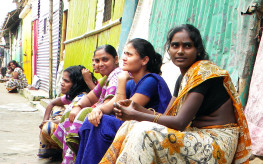 Jasmin Qureshi works in MRG’s Communications Team. Here she reports back from a seminar in Kathmandu, Nepal on minority rights in South Asia, organized by the Centre for Study of Society and Secularism, together with Social Science Baha and Misaal – Centre for Equity Studies.

In December 2015, a group of minority rights experts and activists from across South Asia came together in Kathmandu to discuss a new State of Minorities in South Asia report – the first of its kind in the region.

I was there to present how MRG produces its own global report, the State of the World’s Minorities and Indigenous Peoples, and to share the successes and setbacks we’ve had in terms of advocacy and communications around the report.

At the seminar I listened to the authors present the first drafts of their chapters for the report. But as the seminar progressed, it became clear that we were not only discussing first drafts, we were actually talking about the start of a new movement to progress minority rights in the region.

The state of minority rights protection in the region is dire. Currently South Asia lacks a regional mechanism on minority rights. The South Asian Association for Regional Cooperation (SAARC) has largely maintained a focus on development and economic issues rather than the protection of human rights, which is not included as an aim in the organization’s charter (although discussion has taken place at various levels on the topic of developing an instrument for human rights protection).

Regional cooperation at the state level on human and minority rights issues continues to be a key gap to be addressed in South Asia. Unfortunately, civil society efforts at the regional level to advocate for minority rights have seen very little progress and initiatives in the past have stalled.

The State of Minority Rights in South Asia report is therefore an attempt to revive regional action on minority rights in South Asia. Like MRG’s global report, the publication will track and report on the status of minorities by country, spanning Afghanistan, Bangladesh, India, Nepal, Pakistan, Sri Lanka, and potentially Bhutan and the Maldives. In addition to well-researched country profiles, the report will feature case studies of successful civil society action and profiles of particularly marginalized minority communities.

At the seminar in Nepal, we discussed the future goals for the report. The idea is that this report will be produced on an annual basis, and become a well-respected publication, widely used by civil society, the media and academia. The activists want this report to gain media attention for minority rights issues, to spur public debate and galvanize civil society action. The participants decided to set up a new collective, the South Asia State of Minorities Report Collective, as publishers and advocates for this report.

In terms of advocacy, this is a critical time for South Asian minorities. There is a desperate need for more regional action and cooperation by states and civil society, as well as a regional mechanism on minority rights. This new regional collective and report, backed by a dedicated group of experts on minority rights, feels like the start of something very important. Witnessing the beginnings of a new human rights movement in South Asia will be one of the most memorable experiences of my life.

To find out more information about the report, contact Misaal at info@misaal.ngo