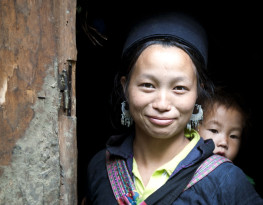 Minority Rights Group International (MRG) has today launched a new multi-media story pack, Life at the Margins: The Challenges of Multiple Discrimination, to highlight multiple forms of discrimination that minorities and indigenous peoples face on account of their age, gender, livelihoods, disabilities, sexuality and gender identity.

MRG says that ‘minorities within minorities’ are especially vulnerable to exploitation, not only by majorities and official power structures, but also by others within their own community

‘This new online resource not only illustrates the difficulties facing marginalized groups within minorities and indigenous peoples, but importantly shows us how many of them are mobilizing around these intersecting identities in order to subvert stereotypes, highlight injustices and demand greater recognition from both their own communities, and society at large,’ says MRG’s Director of Policy and Communications, Carl Soderbergh.

Minority and indigenous women face a unique set of challenges on account of their gender and community status, a form of intersectional discrimination that is often particularly difficult to address. As neither men within the same community nor women from the majority community are likely to experience the same barriers, the situation of minority and indigenous women can be especially isolating, pushing them further into disadvantage and deprivation, says MRG.

‘It is especially pertinent to be launching this report on International Women’s Day. The international community must focus particular attention on gender equality for women belonging to minority and indigenous communities,’ adds Soderbergh.

The situation of those living with disabilities within minority and indigenous communities is all too rarely considered. The story pack features a case study which describes how Dalits in India are more likely to have severe forms of disabilities generally and more specifically, to acquire them at a young age.

Life at the Margins: The Challenges of Multiple Discrimination is an online collection of articles and case studies focusing on discrimination on different grounds. It includes a short film about LGBT young indigenous people in New Zealand building a totem to celebrate Auckland Pride, and a photo story about the role of elders; it also discusses the particular challenges faced by minority and indigenous children, and looks at how poverty and livelihoods intersect with marginalisation.

Life at the Margins: The Challenges of Multiple Discrimination will be live on our website 8 March 2016.

For more information about MRG’s work on intersectional or multiple forms of discrimination, or to arrange interviews with MRG’s partners in Philippines, Mexico, India, New Zealand or Kenya contact: