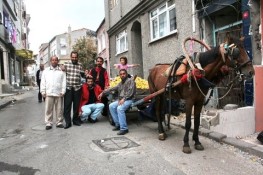 The government of Turkey has drafted legislation that includes a comprehensive anti-discrimination law and establishes a Human Rights and Equality Body. MRG has been urging the Turkish government since 2009 to take such measures, while ensuring that any initiatives are in line with EU and international standards. MRG welcomes the current process; however the draft law that is currently being evaluated by the thematic commissions of the Grand National Assembly of Turkey needs to be amended in order to meet EU and international norms.

The draft law was not prepared in a participatory manner. Civil society organizations (CSOs) specialising in anti-discrimination work were not consulted before or during the preparation of the draft law. MRG recommends that the Turkish government starts a consultation process with specialised CSOs; revise the draft law according to the recommendations issued by CSOs, including MRG, to bring the law into line with EU and international standards; and refer the draft law to the Grand National Assembly of Turkey upon completion.

Photo: A Roma family in Turkey