‘Our Lives in Transit’ – Film screening and Q&A in Madrid, Spain 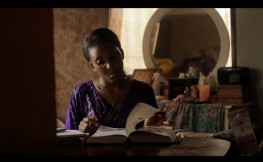 Minority Rights Group International is proud to present the screening of our documentary ‘Our Lives in Transit’, followed by a Q&A with:

Our Lives in Transit, is a 30-minute documentary showing life in the Dominican Republic in the aftermath of a controversial law that leaves over 200,000 people doubting their own identity.

Rosa Iris is a young and determined lawyer; we experience a year in her life as she fights for the rights of her community.

There is a huge threat over her and others in her position. She is no longer allowed to call the country she was born in, home. ID documents are being confiscated, buses are picking up anyone without proof of who they are and deportations have started.

Despite living in the Dominican Republic all their lives, Dominicans of Haitian Descent face daily discrimination, sometimes violent. Because their parents or grandparents were born in next door Haiti, but mainly because they are black.

This story of migration and nationality, rejection and belonging resonates with people all over the world. Identity and integration have never been so relevant, as we face a global crisis over who has the right to live where, how communities form and who we are.

For more information, to RSVP and confirm your place at the screening, please contact: Amara Pazos, amara.pazos@minorityrights.org

This film was made in partnership with the Dominican organisation Movimiento de Mujeres Dominico-Haitianas (MUDHA) and the production company The Playroom.