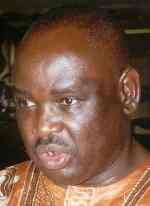 For a year now the press in Cameroon has been awash with conversation on what is now simply called ‘The Anglophone minority problem.’ These narratives have been fuelled by a resurgence of debate on this linguistic minority issue (Cameroon uses two official, albeit colonial, languages; English and French) which seems to be getting more radical and volatile.

In a press release sent to The Post on 4 March 2016, titled, Reflection on the Anglophone sub-system of Education in Cameroon, the Cameroon Education Forum reflected on ‘the role the political systems play in the minority Anglophones’ education structures, processes and outcomes, the growth and economic development, the status differentiation, the social mobility and other factors of the minority Anglophones.’

Even though Cameroonian revisionist scholars and Anglophone militant activists still lack a converging point on whether the Francophone-Anglophone union in Cameroon is rooted in illegality or history, it is on record that on 11th February 1961, the former British colony of Southern Cameroons decided through a United Nations plebiscite to gain her independence by joining with the French colonial territory known as La Republique. This merger took form under a federal structure in October 1961 in which the former Southern Cameroons assumed the statehood of West Cameroon and La Republique assumed that of East Cameroon. It was indeed a merger of equal states as stipulated in the 1961 constitution.

But on 20th May 1972 this federal structure was abolished through a referendum in which the numerical majority from East Cameroon foisted a unitary structure over the numerical minority of West Cameroon widely known as Anglophones. Then in February 1984, the name of the country was changed from United Republic of Cameroon to just Republic of Cameroon – a name that the Francophone Cameroon had before the 1961 plebiscite. Since then, Anglophones hold they are being discriminated upon the basis of the colonial language and are undergoing a process of forced assimilation.

The use of the English language in the judiciary system and educational system has been a thorny issue much against the spirit of the country’s bicultural heritage. Some courts and technical schools of higher learning, even in the Anglophone zone, use more French than English language. Members of the Anglophone Cameroon pressure group SCNC are often arrested and detained, and at this moment one of its members, Maxwell Oben, has been in detention since 2013.

In 1991, the government announced plans to fashion a new constitution and called on citizens to make their contributions to a Constitutional Committee. More than 5000 Anglophones met to discuss and submit their views that the constitution should take on board the grievances and special measures needed to address Anglophone minority concerns and produced Buea Declaration, which called for constitutional amendments to restore the 1961 federation. However the Committee snubbed the issues and went ahead to engineer a 1996 constitution, which Anglophones argue has instead devalued their pre-1972 status as they are now treated as an ethnic group rather than persons who came to the union as equal partners under their own statehood.

The outcome has been repeated calls for a return to the 1961 constitution or a referendum on the right to self-determination that would ascertain the aspirations of the Anglophones to either remain within the union or opt for independence. Though thoughts by leaders of opinion from the Anglophone group have been suppressed and some of its writers detained (the late Albert Mukong, Fon Gorji Dinka who is presently in self-imposed exile in London, the late Bate Besong and myself), the clamour to protect the Anglophone minority, argues the blogger Dibussi Tande still occupies conspicuous media space in Cameroon. It is therefore time the international community reacts to these alarm bells and early warning signals to avert the problem from further escalating.