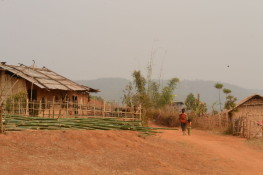 Minority rights and freedom of religion must be placed at the heart of Burma’s first civilian-led government in over half a century, Minority Rights Group International (MRG) said today. Curbing ethnic violence in northern Burma and ending the persecution of the Rohingya minority should be at the top of the agenda.

Military abuses against ethnic Ta’ang, Kachin and Shan communities in northern Burma have left a stain on the country’s much-lauded democratic transition and ending the escalating conflict should be a priority for the incoming government led by Aung San Suu Kyi, says MRG. Testimony collected from local human rights groups suggests that the Burmese army has targeted unarmed civilians, torched villages and committed other egregious human rights violations in the past few weeks alone.

“As the international community’s gaze has been fixed on political developments in Naypyidaw, the Burmese army has continued to launch assaults on minority communities in northern Shan and Kachin states,” said Carl Soderbergh, Director of Policy and Communications at MRG. “Reports of torture, forced labour, theft and destruction of property should be fully and impartially investigated by the incoming government, with the perpetrators held to account.”

The army remains a formidable force in Burmese politics, holding 25 percent of seats in parliament and controlling key government ministries. It also holds a majority in the crucial National Defence and Security Council, the country’s highest executive body.

A trend of extra-judicial violence and impunity involving the Burmese army and marginalized minority communities risks continuing under the new government’s tenure unless crimes are investigated in a transparent and accountable manner. Suu Kyi’s National League for Democracy will need to work closely with the military, armed ethnic groups and civil society, including women, to advance the ceasefire process and end conflict-related related abuses, added MRG.

The persecution of Burma’s stateless Rohingya minority must also be addressed as a matter of urgency. MRG welcomes this week’s decision to lift a nearly four-year state of emergency imposed on the western state of Rakhine, where over 100,000 Muslims remain interred in unsanitary displacement camps without access to healthcare, education and employment. However, this must be followed up with concrete action to ensure freedom of movement and basic rights, including citizenship for Rohingyas and to promote communal reconciliation.

In 2015, the Burmese government approved a package of laws restricting the rights of religious minorities and appears to have cowed to pressure from a growing Buddhist nationalist movement. Up to 100,000 Rohingya Muslims are estimated to have fled the country by sea over recent years, sparking Southeast Asia’s worst humanitarian crisis in decades.

“The incoming government has a historic opportunity to end decades of state-backed abuses against one of the world’s most isolated communities. It must not go to waste,” added Soderbergh. “There is great hope and expectation that Burma’s new leadership can usher in a new era of political governance based on openness and respect for human rights. It is imperative that the country’s most vulnerable residents are not left behind.”

• Burma ranks 8th on MRG’s Peoples under Threat global ranking of communities most at risk of mass killing
• Minority Rights Group International is the leading international human rights organization working to secure the rights of ethnic, religious and linguistic minorities and indigenous peoples. We work with more than 150 partners in over 50 countries.

Filed Under: Asia and Oceania, Burma