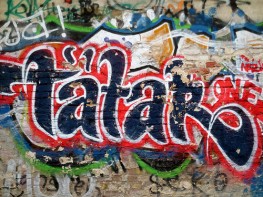 Minority Rights Group International (MRG) condemns the decision of Russia’s Ministry of Justice banning the activities of the Mejlis, the representative body of the indigenous Crimean Tatar people, on the grounds of ’engaging in extremist activities.’

’This decision  is a worrying development, because it can legitimise the persecution of Crimean Tatars on the pretext of combatting extremism,’ says Zsofia Farkas, Managing Director of Minority Rights Group Europe. ’MRG is concerned because the decision risks silencing the collective voice of Crimean Tatars and may herald further repression.’

The Mejlis is the highest representative and executive body of the Crimean Tatar people. It aims to restore the rights of Crimean Tatars as the indigenous people of Crimea, and has served as an important platform to express opposition to Russia’s annexation of Crimea. MRG is particularly worried about the physical safety of members of the Mejlis and anybody who can be associated with them, including the large majority of Crimean Tatars living in Crimea.

The European Parliament adopted a resolution in February that explicitly acknowledged Crimean Tatars as the ’indigenous people of Crimea.’ As such, the EU has joined the growing global consensus that views Crimean Tatars as indigenous to Crimea, with individual and collective human rights in accordance with the UN Declaration on the Rights of Indigenous Peoples. These include the right to self-determination, such as the right to maintain distinct political and social institutions. By banning the Mejlis, Russia places itself squarely against this international consensus.

MRG calls upon the UN system, its member-states, civil society and indigenous peoples’ organizations to show solidarity and extend support to Crimean Tatars in light of the serious challenges that they are facing.