MRG applauds government on recognition of Wayeyi tribe in Botswana 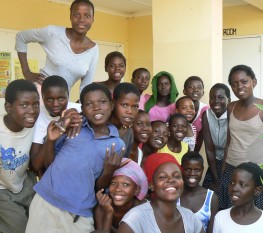 A Botswana government decision on 28 May 2016 to officially recognize the Wayeyi as a tribe is refreshing news, and celebrates the country’s rich cultural diversity, says Minority Rights Group International (MRG).

The recognition of the Wayeyi, a community living mainly along the Okavango Delta, comes almost eight years after submission of a formal application under local legislation for recognition. A decision on recognition of their chief is still awaited.

‘This is a great day, not only for the Wayeyi but for Botswana more generally,’ says Carla Clarke, MRG’s Senior Legal Officer, adding, ‘It is a sign of a true democracy when a country is prepared to recognize and celebrate its difference, rather than seeking to control or suppress diversity.’

Perhaps best known for its diamonds, tourism, the Kalahari Desert and the San Bushmen, Botswana is less known for its multi-tribal make-up.

Following independence, the government focused on national unity and ethnic neutrality, a move that effectively suppressed and discriminated against Botswana’s non-Tswana communities. Yet despite there being over 30 tribal groups, only eight dominant Setswana-speaking tribes are officially recognized in the Constitution.

After a visit to the country, former UN Special Rapporteur on Culture, Ms Farida Shaheed, issued a report in early 2016 urging the Botswana government to undertake ‘a second phase of nation-building that reflects on, builds upon and celebrates the country’s rich cultural diversity and equal recognition of the various communities in the country.’

The Chairman of the Wayeyi Chieftainship Council, Ditando Xheba, hopes that other non-Tswana communities will now come forward to apply for official recognition.

‘At the same time, it will be important that such recognition translates into an end to the discrimination t and exclusion felt by many of the non-Tswana tribes,’ says Xheba.

According to MRG’s Botswana Legal Officer, Keikantse Phele, the government needs to move a step further from recognition to providing opportunities for members of non-Tswana tribes to use their own languages, not simply in private but in public spaces, including Parliament and through mother-tongue schooling.

‘Currently the Botswana government’s approach to mother-tongue education is to provide a small number of teaching assistants to help children who do not speak Setswana at home to navigate lessons delivered in Setswana,’ says Phele, adding, ‘This is a long remove from UNESCO’s call for instruction in mother tongue at primary school level as a critical component of quality education and to enable children from minority communities to successfully complete primary school.’

· For more information about this case download MRG’s report, Minority Tribes in Botswana: the Politics of Recognition