Minorities in South Asia: Narrative Interventions on the Eve of Partition 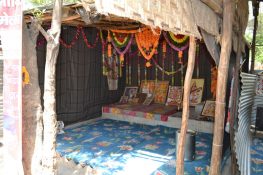 Shikha Dilawri, MRG’s South Asia Programme Officer, reflects on the impact of the Partition for minorities in the sub-continent.

On Saturday 13 August – on the eve of Pakistan Independence Day, itself a day prior to Indian Independence Day – the 1947 Partition Archive held an event at the India Habitat Centre called ‘Voices of Partition’. It was an opportunity for those in and around Delhi to hear and reflect on stories from some of those who witnessed and survived the Partition, highlighting the importance of personal narrative to illuminate what is often obscured in official historical accounts.

The 1947 Partition Archive was born of the recognition that these voices were missing from dominant narratives of the Partition, but also that Partition itself is often eclipsed in accounts of major world historical events. The main objective of the Archive is to document, preserve, and share stories from those who directly witnessed the Partition of British India in 1947, which spurred the largest mass migration of the 20th Century, with the violence in its wake leading to the deaths of upwards of 2 million people. The challenge and urgency of this task is clear: not only are witnesses who possess lucid memories of the Partition now a dwindling population, but they are also scattered throughout South Asia and in all corners of the world.

Yet, thankfully, age had no bearing on the witnesses’ abilities to tell compelling and vivid stories. Keerti Kunzru told of how Partition saw her family’s transition from rajas in Lyallpur – now Faisalabad – to relative paupers living in Uttar Pradesh. She spoke fondly of her childhood in Lyallpur; how her family home on the other side of the newly drawn border served as shelter not only for her own family, but Muslim friends escaping the violence themselves; and her father’s initial refusal, and eventual resignation, to join the rest of the family in India. In his own account, 86 year-old Sat Parkash Goel, talked of being separated from his family at the time of Partition; how a family home in Rawalpindi was protected by the Muslim tailors living below from being set ablaze; and his father’s initial decision to work for the Pakistani rather than Indian railway system – the two decoupled to align with the new borders.

Later, a 91-year old in the audience recounted with laughter the Crime Investigation Department (CID) visiting their post-Partition home in India bearing a postcard his father had written to the new inhabitants of their former home. His father requested an old, hastily left-behind photograph of his own father be sent to him. Aroused by suspicion, the CID had come to request the postcard be decoded to reveal the message it surely contained: a momentary glimpse into the security regime which governs India-Pakistan relations.

We also spoke of the impact of Partition and the migration that came with it on the landscape of Delhi and elsewhere. South of Lodhi road, where the event venue is located, a number of new areas were developed to accommodate refugees. This includes Malviya Nagar, Lajpat Nagar, Kalkaji, Nizamuddin, and Jangpura – the latter two being areas where members of my own family eventually ended up.

While the reasons that brought this group of people to speak about and listen to stories of Partition were diverse, clear is its continued impact on the lives of those in the region and beyond. This is of course the case for those who experienced the Partition directly, but also for members of the diaspora, including a Pakistani Canadian woman in the audience who only recently heard of her own family’s experience in 1947 on the other side of the border.

This is also particularly true for minorities living in the region, such as Muslims in India, Hindus in Pakistan, as well as ethnic minorities such as Sindhis and Kashmiris. In a region where a minority in one country is often a majority in the one neighbouring, and where majoritarian nationalisms are on the rise, minorities often suffer disproportionate levels of violence and discrimination by state and non-state actors. Pakistani Hindus and Indian Muslims, for example, are often impacted by the vicissitudes of inter-state relations between India and Pakistan.

In the early 1990s, following the demolition of the Babri Masjid in Uttar Pradesh by Hindu nationalists, Pakistan’s small Hindu minority suffered retaliatory violence and discrimination. Meanwhile, tensions following the demolition later led to the Bombay riots between December 1992 and January 1993, where upwards of 900 people were killed as a result of communal violence. In Pakistan, Hindus are sometimes represented as ‘agents of India’, including in official textbooks, while one-dimensional representations of Muslims as terrorists feature on influential Indian news channels.

About 20 kilometers north of the India Habitat Centre is an area called Majnu ka Tila, which has been home to Tibetan refugees since the 1960s and, more recently, to Hindus who have fled Pakistan, primarily Sindh province. While migration is a complex phenomenon, many have cited violence and discrimination suffered as Hindus in Pakistan as a key reason why they finally heeded the the call to go to their ‘own’ country. Some of the key factors have included access to education and employment opportunities, freedom to openly practice their religion, and safety and security writ large. Also influential has been political messaging on the part of the Indian government, with the BJP keen to represent India as the ‘natural home’ for Hindus.

While these factors are important, of more immediate concern to those living in Majnu ka Tila are current living conditions. Residing in informal housing with restricted access to electricity and clean water, Hindus from Pakistan continue to face economic, social, and political barriers, albeit in different forms. Most have overstayed their visas, and while they are not actively deported, their mobility is often restricted. They have experienced limited access to employment due to lack of paperwork and discriminatory attitudes and suspicion towards Pakistanis. Even those who have completed formal education in Pakistan struggle; their schooling certificates often go unrecognized, relegating them to ad hoc jobs such as selling items on the street. While the recently introduced Citizenship Amendment Bill 2016 could bring some reprieve to Pakistani Hindus living in India, it has also reopened debates regarding the relationship between citizenship and religion in India; specifically, the role of religion as grounds for determining who is a citizen, and who is a non-citizen.

The situation of Hindu refugees from Pakistan is one of the issues to be examined in greater detail in the forthcoming MRG online publication: ‘Reports from Pakistan: Tracing the Challenges facing Religious Minorities in South Asia’, which is slated for release at the end of August. This publication will focus on issues facing religious and sectarian minorities in Pakistan, such as Hindus, Christians, Ahmadis and Shi’a, and is the first of a series of publications to be published under the programme ‘Promoting and Protection Freedom of Religion or Belief in South Asia’ which MRG is currently running with our local partners in the region. Drawing on reports from local sources, these publications will aim to highlight the situations of religious minorities in Pakistan, Bangladesh, India, and Sri Lanka in an effort to document, understand, and address instances of extreme violence, as well as the various levels of discrimination they face.