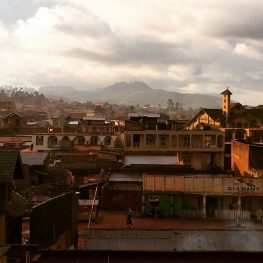 In 2016 dozens of people have been killed in the east of the country in repeated clashes between Nande and Congolese Hutus, whom the locals accuse of backing Rwandan rebels.

Recently, the North Kivu parliament, dominated by Nande, passed a law restricting travellers from the south, who are mainly Hutu, from entering Butembo. Vigilantes then set up road blocks to intercept travellers they suspect are from the south. On 24 August, in Butembo town at one of the road blocks, two Hutu women were dragged from a taxi and lynched. Their bodies were then burned by a mob believed to be from the Nande ethnic community, who accused them of belonging to a militant group.

The violence in Butembo, and many other towns in eastern DRC, forms part of a decades-long conflict fueled by the continued presence of armed groups and competition for resources, according to MRG. The DRC government has blamed the killings of more than 700 civilians in the area over the last two years on Islamist rebels from Uganda, yet recent incidents point to growing ethnic rivalry.

‘The recent killing of the two Hutu women shows the persistence of the problem and should be of great concern. The government cannot continue to downplay this glaring and increasing ethnic tension,’ says Agnes Kabajuni, MRG’s Africa Regional Manager. ‘MRG urges the government to immediately commission an independent investigation into the violence, and bring the perpetrators to justice.’

DRC sits at 7th place at the top of MRG’s Peoples under Threat 2016 global survey, which ranks countries where communities are most under threat of mass killing or genocide.

Notes to the Editors:

Filed Under: Democratic Republic of Congo