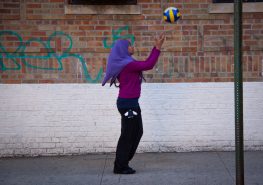 Minority Rights Group International (MRG) warns that the rhetoric of the recent US elections, particularly from the campaign of President-elect Donald Trump and his supporters, will harm minority communities around the world. Civil rights groups are already reporting an increase in acts of hate against US religious and ethnic minorities in the week after Trump won the election.  Given that Trump will shortly lead the next US administration and the country’s preeminent role in international affairs, MRG now warns that his campaign will be copied elsewhere.

‘Unscrupulous politicians worldwide will be studying Trump’s tactics and will see that scapegoating of the marginalized can provide short-term electoral gains,’ warns Gay McDougall, Chair of MRG’s Council and former UN Independent Expert on minority issues. ‘There is a clear and imminent risk towards minorities if governments do not take a stand against hate.’

The past week’s increase in hate crimes occurs against a backdrop of a further rise, particularly targetting Muslim Americans, during the election campaign.

On 14 November 2016, the Federal Bureau of Investigation (FBI) released a report on hate crimes in the United States during 2015. The report noted a dramatic increase in the number of attacks against Muslims. There were 257 reported incidents of assaults, attacks on mosques and other hate crimes against Muslims last year, representing a 67 per cent increase compared with the year before and the highest figure since 2001. The overall total of bias-based crimes rose by 6 per cent compared with 2014. African Americans remain the most frequent target of race-based attacks, and Jews are still the most common victims of attacks based on their religion – but the attacks these communities faced did not increase as dramatically as those targetting Muslim Americans.

‘The FBI’s report is a dreadful reminder that there is a direct correlation between what prominent figures say and what happens on the ground,’ comments McDougall. ‘Essentially, Trump’s many tweets and dismissive comments have given a green light to bigots around the country to attack their neighours.’

MRG’s Council met last week to discuss the situation facing minorities and indigenous peoples following the election of Donald Trump. It comprises leading human rights experts from around the world

‘All of us who campaign for human rights have been shocked and angered by Trump’s derogatory messages regarding Muslims, Hispanics, women and people with disabilities,’ says McDougall. ‘It is clear that his rhetoric has led directly to an increase in hate crimes in the US. Now is the time for all those who believe in human rights to stand firm and fight for basic decency.’

Filed Under: United States of America