On referenda and elections… 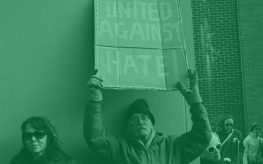 You don’t have to work for an organization called Minority Rights Group to appreciate that democracy has its downsides. But as we reel from the result of yet another referendum (Erdogan winning sweeping powers in Turkey), and as the UK prepares for another burst of populism (snap general election in June called just a few hours ago) we can reflect on just how much goes wrong when majoritarianism goes unchecked.

For MRG, there is also an immediate threat to our work in Hungary. Viktor Orban’s government has gone on from its attempt to close down the Central European University to publish a draft law threatening civil society more widely. Our team running MRG’s Europe office in Budapest are joining with other NGOs to fight the moves, and our governing Council will be discussing the threat later this week at its biannual meeting in London, but the tide at the moment is with the Hungarian government.

For years, MRG has advised policy-makers and stabilization experts that there is more to democracy than elections and votes. Not just the constitutional systems of checks and balances (some of which, happily, we have seen in operation in the US in recent weeks), but also the ethic and practice of inclusive governance, which ensures that there is an alternative to ‘winner takes all’.

Over the course of this year MRG will be talking a lot about tools for inclusive government and the minority-rights based approach – we need to ensure that in addition to the protests, we have a positive agenda to promote.

Find out more about our strategy to counter persecution and foster inclusion.