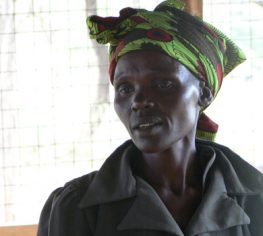 Minority Rights Group International (MRG) is concerned by the deliberate targeting of indigenous women and children by armed groups in Baringo County, Kenya.

‘Traditionally, cattle-raiders in Baringo would take some cattle and then leave,’ said Agnes Kabajuni, MRG Africa Regional Manager. ‘But now, armed men are targeting women and children, whom they either kill or injure. Particularly vulnerable are indigenous women and children.’

Recent attacks by armed groups have systematically targeted indigenous women and children. Seven indigenous children and two indigenous women were killed in a recent incident at a school where they had taken shelter. MRG’s contacts within the indigenous Endorois community report that at least two Endorois women have also been badly wounded in attacks, and many have been displaced. In March 2017, the Kenya National Human Rights Commission estimated that the conflict in Baringo County had led to at least 10,000 displaced.

Statistics are hard to compile, as indigenous communities often live in scattered and remote locations, and displacement has disrupted communications. MRG fears that the actual casualty figures among the indigenous women and children of Baringo are far higher.

‘It easy for the media to focus their attention on general issues of the conflict in Baringo, it is surprising that very little is known about the impact this insecurity is having on Endorois women and children. They have equally been killed, displaced and their property looted,’ said Christine Kandie, Programme Officer at the Endorois Welfare Council. Kandie recently testified at the UN Permanent Forum on Indigenous Issues in New York.

‘It is very disturbing that indigenous women and children in Baringo are not assured of protection,’ added Kabajuni. ‘The Kenyan authorities must do more to find a peaceful and lasting solution to the current situation and ensure the safety of all its communities.’

The Endorois are semi-nomadic pastoralists who were evicted from their ancestral land in and around Lake Bogoria in Kenya’s Rift Valley in the 1970s, in order to pave the way for the creation of a national park.  With support from MRG, the Endorois won a landmark decision before the African Commission on Human and Peoples’ Rights affirming their customary land rights in 2010. Sadly, seven years have passed and the Endorois are still waiting for proper implementation by the Kenyan government. Meanwhile, the current conflict is further dislocating the Endorois, moving many even further away from their customary lands and affecting their community unity.

Women and children of the Tugen and IIchamus indigenous communities are also being targeted by the violence.

Notes to the Editors: