With recent CAR truce hanging in the balance, MRG urges quick action by government and international community to ensure stability 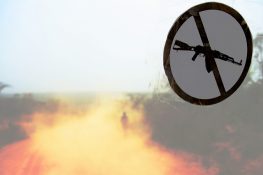 Minority Rights Group International (MRG) is concerned by continued fighting in the Central African Republic (CAR) despite a recent ceasefire, and urges the government and the international community to prioritise immediate protective and preventive measures to avoid further escalation of the violence.

Barely had the peace agreement been signed in Rome on Monday when militia struck, killing over 40 people in the town of Bria, north-east of the capital Bangui.

‘Although being framed as a religious and ethnic conflict, the current violence is also a reflection of historical and systemic discrimination, poor governance and unequal access to natural resources,’ says Agnes Kabajuni, MRG Africa Office Manager.

The outbreak of violence in CAR in 2013, involving anti-government armed groups known as Seleka (a predominantly Muslim rebel coalition) and anti-Balaka forces (Christian self-defense militias), has resulted in a tragic division of the country along sectarian fault lines, leaving hundreds of thousands of citizens either internally displaced or refugees in neighboring countries.

In May alone the refugee agency UNHCR reported 88,000 people displaced and about 150 people killed, bringing the total number of deaths to between three to six thousand since 2013.

Among the displaced in CAR, Muslims are disproportionately represented. The UN has repeatedly urged the government to increase inclusion of the Muslim minority into leadership processes and to support dialogues that engage inter-religious leaders on peaceful means of resolving the ethno-religious tensions among communities.

However despite their apparently religious character, today anti-Balaka and ex-Seleka are widely reported to be involved in criminal activities, surviving by extorting revenue from civilian populations in areas under their control and blurring the line between sectarian fighting and criminal violence. They have now reportedly divided into around 14 new factions, who control the countryside and police communities.

In a 2015 report MRG called on the international community to take concrete steps to support the efforts of CAR government to strengthen governance and security, including support to the justice system to guarantee response to abuses and an end to impunity.

‘The importance of addressing the underlying causes of historical and systemic discrimination of Muslim and other marginalized communities cannot be overemphasized if lasting peace is to be achieved,’ adds Kabajuni.

MRG’s Peoples under Threat survey, which seeks to identify those peoples or groups that are most under threat of genocide, mass killing or other systematic violent repression in 2017, ranks CAR in tenth place.