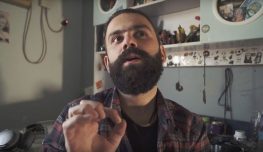 Between Two Rivers is a documentary that reveals the struggles and triumphs experience by civilian human rights activists in Iraq, while shedding light on some key human rights concerns in the country including internal displacement, sexual violence and the targeting of ethnic and religious groups. The film follows civilian activists as they document abuses in Iraq, including ISIS violations against Yezidi women and the courageous escape of a survivor. The civilian activists also give us insight into the situation of internally displaced people (IDPs) who are living in dire conditions, without water or electricity, and explore the matter of arbitrary detention of Sunni IDPs. Human rights activists interviewed in this film have faced frequent challenges as well as threats, but heroically continue to advocate for human rights against all obstacles in Iraq’s highly insecure and volatile environment.

Watch the trailer below and read more about our Iran/Iraq programme.