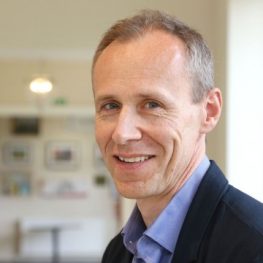 Minority Rights Group International (MRG) announced today that its Executive Director, Mark Lattimer, will be leaving the organisation in May 2018 to take up a new role heading the Ceasefire Centre for Civilian Rights.

Gay J McDougall, who chairs MRG’s Council and will be leading the recruitment for Mr Lattimer’s successor, said, ‘We are enormously thankful for Mark’s 16 years of inspirational leadership, and wish him the very best in the next stage of his career.’

Mark Lattimer said, ‘MRG is such a fantastic organisation that the decision to move on has been a difficult one, but the time now feels right to hand over the reins – not least with multi-year core funding in place from trusted donors, and strong leadership in the Council.’

‘Over the years I’ve been privileged to lead MRG, we’ve been able to do great things,’ he added. ‘It is a time which has seen the establishment of two new UN special mechanisms, the UN’s first standing forum on minority issues, the UN Declaration on the Rights of Indigenous Peoples, a string of new entrenched protections for minorities in national constitutions from the DRC to Egypt, and the first convictions before the ICC of those responsible for mass ethnic killing. In all these struggles MRG has played an important – sometimes decisive – role.’

‘At the same time the organisation has doubled in size, trained many thousands of minority and indigenous leaders and activists from around the world, won leading cases before the European and African human rights courts, and become the world’s premier online resource on minority issues. This has all been achieved only because of the great effort and skill of MRG’s partners around the world, and its staff, Council and committee members, and I want to thank them all,’ said Lattimer.

With racism and religious persecution again on the rise around the world, MRG faces new challenges in protecting minority and indigenous rights, making the need for a competent and resilient new leader all the more apparent.

Gay J McDougall said, ‘Although we are sad to see him leave, we also look forward with enthusiasm to recruiting a robust and experienced new Director, fit to steer the organisation in the next phase of its development.’

‘We have already begun to put in place a recruitment process for Mark’s successor, and I am highly confident that we will find excellent candidates. In the meantime rest assured the organisation remains focussed on its goals, guided by a comprehensive international strategy taking us through to 2020, and in the safe and capable hands of its Council and staff.’

Mr Lattimer will be dedicating his time from May 2018 to working as executive director of the Ceasefire Centre for Civilian Rights, which supports civilian-led monitoring of violations, reparations for civilians, and human rights protections in armed conflict.