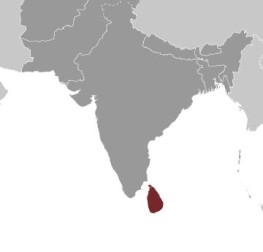 General Debate – item 4 (Situations deserving the attention of the Council)

Minority Rights Group would like to draw the attention of the Council to the outbreak of religious violence against Muslims in Sri Lanka over the last couple of weeks.

Following anti-Muslim violence at the end of February in the eastern town of Ampara, riots broke out on 5 March in Kandy, Central province. According to reports, one person has been killed, a mosque attacked and a number of Muslim-owned businesses set ablaze. Several individuals have been arrested in relation to the events.

While recent statements made by state officials condemning the violence and calling for action are welcome, what is now needed is swift and decisive action to secure accountability and assure Muslims that they will be protected under the law. This must include the arrest and prosecution of perpetrators of this violence, including those responsible for spreading hate speech.

We urge the Sri Lankan authorities to apply the full force of the law to those responsible for the attacks. The government, religious leaders and law enforcement must show clear commitment to address ethno-religious violence, take active steps to build more inclusive communities, and work harder to ensure protection of the rights of all religious communities in the country if Sri Lanka is to move towards a more peaceful and sustainable future.