Human Rights in Papua, Indonesia: Right to Life and Right to Health 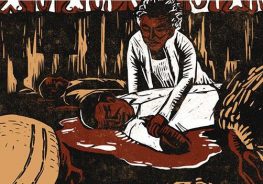 38th Session of the UN Human Rights Council, Side Event

The Indonesian and international groups have long raised concerns about serious human rights violations in Papua, Indonesia. This includes the violations of the right to life in the context of unlawful killings by Indonesian security forces and the lack of access to the economic, social and cultural rights, in particular right to health. Domestic and international civil society, including human rights groups, have regularly highlighted the two issues in the perspective of civil and political rights as well as economic, social cultural rights in their reporting. It is also frequent concerns expressed during Indonesia’s human rights reviews by both UN Treaty Bodies and Universal Periodic Review (UPR). The UN the Committee on the Elimination of Racial Discrimination (CERD) issued three Early Warnings to Indonesia regarding the survival of the Papuan people.

During the 38th Session of the UN Human Rights Council, the UN Special Rapporteur on the right of everyone to the enjoyment of the highest attainable standard of physical and mental health will present his report on the country visit to Indonesia (22 March – 3 April 2017). During his mission, he visited West Papua and expressed his concern on the situation of right to health of indigenous Papuans. During the visit of the UN High Commissioner for Human Rights in February 2018, he also expressed his concern. Several Pacific states also expressed their concerns on the situation in West Papua.

With regards to the right to life, Indigenous Papuan suffers continuously due to the incident of unlawful killings. On 2 July 2018, Amnesty International will publish its report which highlights the unlawful killings by the Indonesian security forces in Papua and impunity.

This side-event provides an opportunity for international, national and Papuan NGOs to present some of the key findings based on their daily works on the issue of right to life and right to health in Papua from different angles to cover important aspect of the indivisibility and interconnection of human rights. The side-event wants to generate practical and action-oriented proposals to provide solutions to the problems of the violation of right to life in Papua.

Light Refreshment will be served outside the room from 15.45.