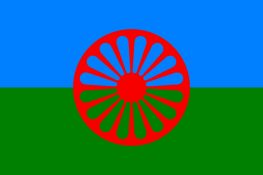 MRG submitted a third party intervention in a case before the European Court of Human Rights concerning a member of the Roma community who claims to have been a victim of police brutality on account of his ethnicity during a police raid in Skopje, Macedonia.  The conduct he describes is part of a broader pattern of institutional discrimination by Macedonian law enforcement against members of the Roma community.

Across Europe, Roma face a form of widespread structural discrimination that is deeply rooted in a historical and social context that reproduces and perpetuates their social disadvantage vis-à-vis the majority population.  The European Commission against Racism and Intolerance has referred to this form of institutional discrimination as antigypsyism. The consequences of antigypsyism are evident in the impunity [page 7 of 13, section D] with which law enforcement officers commit acts of violence against members of the Roma community in Macedonia.

MRG is hopeful the Court will deliver a favourable judgment that will help tackle the entrenched structural discrimination Roma face across Europe, including in differential treatment by law enforcement.