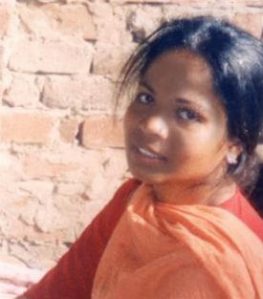 ‘The fact that the Supreme Court upheld Bibi’s acquittal is a further positive step for Christians in Pakistan,’ says Joshua Castellino, Executive Director of Minority Rights Group International. ‘Her case highlights the clear dangers with blasphemy laws. The Supreme Court’s decision sets a precedent when facing future wrongful accusations against religious minorities not only in Pakistan, but the world.’

Sajid Christopher Paul of the Lahore-based Human Friends Organization adds that, ‘The petition has been dismissed by the Supreme Court. Congratulations, Asia is completely free. Justice and truth prevailed.’

Bibi was sentenced to death in 2010 after a quarrel with two Muslim women who refused to drink water out of a container from which Bibi drank. When they demanded she convert to Islam, she refused, prompting a mob to later accuse her of insulting the prophet Mohammed. After a protracted legal battle, the Supreme Court acquitted Bibi at the end of October 2018. However, a review petition was filed by the cleric who had initially brought the complaint against her. Although Bibi was released from jail after the acquittal, she was later taken into protective custody, following violent demonstrations.

‘Bibi must now be allowed to reunite with her family and seek safety in a country of her choice. She has been dealing with this ordeal for ten years and she must not wait any longer to be free,’ says Castellino.

Additionally, MRG calls on the authorities in Pakistan to exercise their duty to protect and investigate threats made against religious minorities and anyone involved in her case, including her lawyers and the Supreme Court judges.

For more information, contact the MRG Press Office on press@minorityrights.org.