‘Kwibuka’ – to remember. MRG joins in commemorating the Rwandan genocide 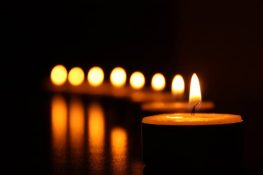 This week marks the start of the 25th anniversary of the Rwandan genocide. Minority Rights Group International (MRG) joins the Rwandan people in remembering the victims of this dark episode in human history.

‘We at MRG stand in solidarity with the families of the victims, their loved ones and survivors during this period of commemoration,’ says Joshua Castellino, Executive Director of MRG. ‘Failure to recognise the warning signs of such atrocities, which often occur against society’s minorities, must never happen again.’

The 1994 genocide against the Tutsi minority in Rwanda saw the murder in less than three months of more than 800,000 people – mostly Tutsis but also moderate Hutus who opposed the genocide as well as members of Rwanda’s highly marginalised Batwa indigenous community.

‘The future can only be decisively secured if all Rwandans are treated equitably. This anniversary is an opportunity to reflect on questions of inclusivity as Rwanda strives for a place among the world’s peaceful and stable States,’ adds Joshua.

MRG continues to commit itself to supporting marginalised minority and indigenous communities, including the Batwa people, in securing their human rights and continuing to live in peace so that Rwanda’s development is inclusive for all its people.