Opening the Kartarpur Corridor is a symbol of peace and respect between religions and deserves applause, says MRG 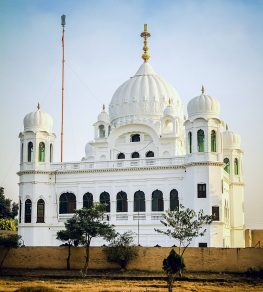 Minority Rights Group International (MRG), in solidarity with like-minded organisations* in India and Pakistan, welcomes the decision by India and Pakistan to open the Kartarpur corridor. Today will be the first time since the subcontinent’s partition that Indian Sikh pilgrims can access the Gurdwara Darbar Sahib Kartarpur in Pakistan without first obtaining a visa.

‘The opening of the corridor symbolizes respect for the minority Sikh religion in both states, in which inter-religious respect has been problematic. It is notable and deserves applause for setting an example to leaders in South Asia on ways to promote and respect religious diversity,’ says MRG Deputy Director, Claire Thomas.

The inauguration of the corridor takes place on the auspicious occasion of the 550th anniversary celebration of the birth of Guru Nanak. The first batch of pilgrims will be joined by many Indian political leaders and the corridor will be inaugurated by Prime Ministers of both countries.

The Kartarpur Corridor is a border corridor that will connect Dera Baba Nanak shrine in Punjab, India with Darbar Sahib Kartarpur in Punjab, Pakistan which is 2.5 miles from the international border. The Kartapur Gurudwara covers 42 acres, making it one of the largest in the world. According to officials, the corridor can accommodate up to 5,000 pilgrims per day and up to 10,000 can visit the Gurudwara daily. Kartarpur is considered one of the holiest sites under Sikhism, where Guru Nanak is said to have spent the last 18 years of his life.