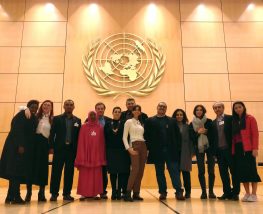 On 29th to 30th November 2019 hundreds of minority representatives gathered in the UN Palais des Nations in Geneva, Switzerland together with a group of experts on minority issues and the UN Special Rapporteur on minority issues, Fernand de Varennes, for the 12th session of the UN Forum on Minority Issues, for two days of dialogue, discussion and awareness raising about the struggles faced by ethnic, religious and linguistic minorities worldwide.

So what is the Forum about? The UN Forum on Minority Issues (UNFMI) was established in 2008 out of the realization that whenever talking human rights, there was not enough attention and emphasis put on minority rights.

Ethnic, religious and linguistic minorities had been ignored, even by the ones whose mandate it is to promote equal rights and their implementation for everyone. The purpose of the Forum is to shed light on minority issues and to create a space for dialogue between representatives of minorities and the states they are based in. Minorities get to share information about the discrimination their communities are confronted with and give recommendations to both UN and government officials about how to tackle these ongoing issues.

Every year the Forum is held under a specific topic. This year the overall theme was chosen to be ‘Education, Language and Human Rights of Minorities’.

‘The rights of linguistic minorities are human rights that must be respected (…). Minorities in all regions of the world often face significant challenges in using and maintaining their language, as well as in accessing quality education and in particular education that contributes to the preservation of their language, culture and identity’, as it reads in this year’s UNFMI concept paper.

On day one of the Forum, when I first entered the Human Rights and Alliance of Civilizations Room in the Palais des Nations, which is incredibly beautiful by the way, with a colourful sculpted ceiling designed by the Spanish artist Miquel Barceló, I was immediately overwhelmed just by the atmosphere in the room. Several hundred people, men and women with all different types of skin tones, some wearing traditional attire, most with serious expressions on their faces, all very concentrated and focused were waiting for their turn to bring attention to the injustices their communities are forced to deal with every day.

And then it began: for two days, one minority representative after the other made a two-minute intervention sharing about different human rights abuses linked to the topic of language and education that their people are affected by. Representatives of Assyrians in Northern Iraq, for instance, talked about how there is hardly any education offered in their mother-tongue Aramaic, and how in many elementary schools it is required for children to be fluent in Arabic in order to be admitted to participate in the classes. This causes a dilemma for families who speak Aramaic in their homes, since this either means for their children to have less access to education than Arabic-speaking kids or – if they submit to the pressure and decide on speaking to their young ones in Arabic – it could mean the loss of their mother tongue.

Language for many minorities is more than merely a means of communication. Language is a core part of one’s culture; it is closely linked to one’s identity, to whom one is as a person and as a member of a family, a community, a people. Losing one’s language out of pressure from majority communities and government institutions would mean being robbed of a part of one’s identity. Throughout history it has been shown that some governments have purposely used the non-recognition of minority languages as an instrument of suppression against minority communities.

This is why this Forum is so important. One could say the UNFMI is an event that gives a voice to the voiceless, but I’d rather say it gives those that do have a voice but are hardly listened to a platform to have their voices heard. Almost like they are given a microphone or a speaker, so that the governments of the countries these minorities are based in can no longer ignore them and their needs.

However, I did ask myself, what happens after the Forum? What is the actual effect of it?
Asking around I was told that sadly, the effect is not as big as wished for. After all the UN is ‘only’ the UN and at the end of the day it is the respective governments that have to act and work on their policies, for instance, in order to effectively tackle minority discrimination.

But still, the Forum is not in vain! Every change begins with making people aware that there is a need for change! And the UNFMI contributes a lot to doing so beyond regional and national borders!

The biggest effect, however, is probably the boost in confidence in the participants. Most go back home knowing that all their efforts in minority rights activism, advocacy and sensitisation about minority issues are not in vain but are indeed worth it. They return to their communities and the human rights organizations they work with, having the assurance that even though there is still a long way to go, their hard work will be bearing and is in fact already bearing fruit.

And it caused something similar for me: hearing about all these issues made me realize one more time how important the work is that MRG and so many other human rights and minority rights organizations do. Being reminded of the urgency of fighting alongside minorities for the recognition of their rights gave me a fresh motivation to invest my time and capacities to help fight the on-going injustices the most vulnerable in this world are facing. 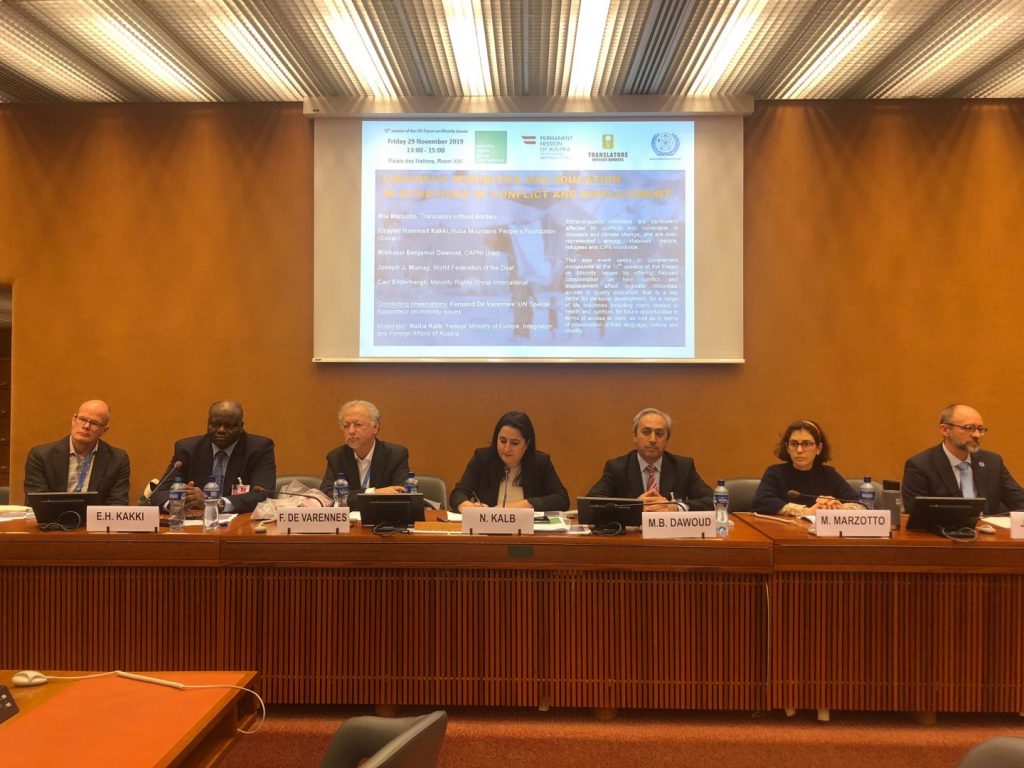