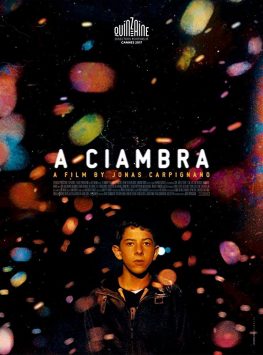 For many of us, COVID-19 has left many of us stuck inside and time feels like it’s stretching out indefinitely. This time can feel empty, and the opportunity to catch up on all those films you never got around to watching is a welcome retreat from the stresses of the pandemic.

Cinema can be a site of misrepresentations where minorities or indigenous peoples are concerned. Hollywood can promise us an “inside look” at distant cultures, diffracting their experiences through a Western gaze, at best reproducing stereotypes and at worst reifying colonial dynamics of representation and knowledge.

But films can also liberate and challenge us. Cinema can allow us to transcend the boundaries of our own cultural environment and trace the contours of someone else’s. Storytelling is a vital part of how we understand ourselves and our place in the world, and a critical space for intercultural knowledge, understanding, and collaboration.

So here’s a small selection of films from the world’s wealth of minority groups and indigenous peoples. Enjoy!

Director Jonas Carpignano first met the then-eleven-year-old Pio Amato while researching his first film Mediterranea. A few years later, the Italian-American director returned to the Roma community where he first encountered Amato to create A Ciambra, a story where Amato and his family members play fictionalised versions of themselves, shot intimately on film at close range. Rendered breadwinner of his family by the arrests of his father and brother, fourteen-year-old Pio must make a living selling stolen laptops to African refugee characters who reappear from Mediterranea. Pio’s coming-of-age narrative also gives an insight into the lives of Italy’s minorities, omitted from certain narratives of the country but fabricating their own existences at its fringes.

Language: Italian. Find out more about the film here.

This was the first feature film to be acted, directed, and written, entirely in the Inuktitut language. It retells an ancient Inuit oral legend at least a thousand years old, in an epic drama set in an ancient past, imbued with ritual, memory and passion. Painstakingly researched and produced, a small cast renders this three-hour epic narrative.

Language: Inuktitut. Find out more about the film here.

In her directorial debut, B for Boy (2013) director Chika Anadu explores an Igbo woman’s experience through the tensions between traditional and modern values, middle and working classes, the local and the international, and men and women. The plot follows Amaka, whose seemingly perfect life is threatened when her inability to have a son threatens her marriage. With minimalist composition and shot mostly on handheld cameras, in this film the focus rests on the pathos delivered by a cast of largely first-time performers.

Language: Igbo. Find out more about the film here.

In extensive collaboration with local indigenous peoples, director Ciro Guerra offers in Embrace of the Serpent (2015) an account of Western contact with Amazonian peoples. The multitemporal narrative highlights the histories of exploitation and degradation that have too often been repeated since foreigners first travelled upriver. Karamakate, last of his tribe, accompanies in 1909 a German ethnographer and in 1940 an American businessman, on journeys through the Amazon. In Karamakate’s relationships with these Others, the film explores the indigenous Amazonian experience, distilling fact and fiction into a tale that is parabolic rather than universalising.

Spear (2015) is Australia’s first indigenous dance film, a narrative of a young Aboriginal man’s journey to bring Aboriginal rituals to Sydney. With a small cast and little dialogue, the film asserts the existence of Aboriginal culture as a part of, and not apart from, the nation of Australia through the imbrication of ancient ritual and modern urban settings. Spear does away with linear narrative and instead presents a series of thematically linked episodes of dance, taking the viewer from outback to alleyway through stunning visuals and powerful sound.

Language: English. Find out more about the film here.

Acclaimed Tibetan filmmaker Pema Tseden’s 2019 drama Jinpa, written in his native dialect, follows truck driver Jinpa along isolated roads through bleak landscapes. A hitchhiker turns out to be en route to murder his father, and feeling guilty after running over a sheep, Jinpa vows revenge. The film touches on some of the harshness of life in Tibet – a region bitterly suppressed both politically and economically – as well as imbricating elements of Tibetan and Buddhist culture into the storytelling. Jinpa breaks through some of the myth and mystery that can shroud popular conceptions of Tibet, as suspenseful plotting mingles with social commentary.

Language: Tibetan. Find out more about the film here.

Comments are closed.
Filed Under: Films, Health, Covid-19, Minorities, Minorities in the media