Without Justice and Recognition the Genocide by ISIS Continues 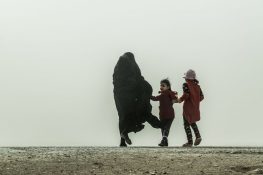 Following its capture of Mosul on 10 June 2014, the Islamic State of Iraq and Syria (ISIS) began to target northern Iraq’s ethno-religious minorities, as well as members of the Sunni community who stood in opposition or were perceived to be insufficiently supportive of ISIS and its ideology. In August 2014 ISIS swept across Sinjar and the Nineveh Plains, attacking indigenous Yazidis, Christians (including ethnic Assyrians), Turkmen and other ethno-religious minorities. ISIS went to considerable lengths to eliminate the Yazidi people, killing the men and adolescent boys, and abducting thousands of women and children. Young boys were indoctrinated and forced to fight for ISIS, while women and girls as young as nine were enslaved and sold as chattel to ISIS fighters.

Those held captive suffered sustained sexual violence under an organized system of sexual enslavement, were beaten, and forced to labour. ISIS had long been explicit about its intention to wipe out the Yazidi community, which it reviled as infidels and idol-worshippers. This intent, visible in the violations and public utterances of ISIS, is also evident in the group’s systematic destruction of Yazidi religious and cultural heritage sites. As determined by a United Nations Commission of Inquiry, ISIS committed genocide in its multi-faceted attacks on the Yazidis, whose suffering is ongoing.

Communal cohesion has been significantly undermined, and there is a considerable risk that cultural heritage and religious traditions may disappear forever. Countless temples, churches, and holy sites have been destroyed, while tens of thousands of civilians remain in squalid IDP camps across northern Iraq, too fearful to return to their ancestral lands. Nearly 3,000 women and children remain missing, with many believed to be in captivity. Recent attacks by residual elements of ISIS highlight the grave threat faced by civilians in Iraq today.

It is the legal and moral responsibility of all governments to act in accordance with the 1948 UN Convention on the Prevention and Punishment of the Crime of Genocide. The new Iraqi Government and the international community must work together to bring ISIS to justice. This includes supporting and working closely with UNITAD in fulfilling its mandate to investigate the atrocities and empowering survivor groups such as the Yazidi Survivor Network. In addition, all governments should undertake the necessary legal analysis to recognize the genocide and prosecute their citizens who joined ISIS and perpetrated atrocity crimes in Iraq and Syria. The prosecution of perpetrators – as in the trial of Taha A.J. in Frankfurt, Germany – and the formal recognition of the genocide are key measures in preventing future atrocity crimes and in countering violent extremism.

International Justice Day should serve as a warning to all perpetrators that they will face their time in court and be brought to justice for their heinous crimes. ISIS cannot be considered a defeated enemy whilst it continues to escape justice. Now is the time to put an end to impunity.