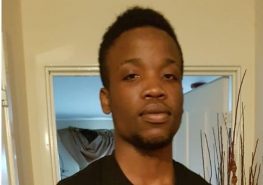 Minority Rights Group International urges the UK Home Office to reverse the decision to deport Osime Brown, a Black Autistic man with learning disabilities, to a country he cannot remember, for a crime he did not commit.

Next week, the UK Home Office will take 21-year-old Osime Brown to a detention centre before deporting him to Jamaica, a country he left when he was four and cannot remember. His family reported that he has no support network in Jamaica, and because he is vulnerable, he is at real risk of death if he is deported.

MRG believe that Osime Brown is the victim of discrimination within the UK system on grounds of his ethnicity and disability, and that the planned course of action by the Home Office violates globally recognized international human rights standards. The UK is able to proceed with the deportation despite this, because it routinely adds reservations that weaken international human rights law, enabling it to breach them in letter and in spirit on matters of immigration. Osime’s planned deportation is clear evidence that the Home Office has not learnt lessons about direct and indirect discrimination that were evident in the Windrush scandal.

The ostensible reason Osime is being deported is because he is currently serving a 5-year prison sentence and, under UK law, any sentence of over a year automatically qualifies prisoners without UK nationality for deportation, regardless of how long they have lived in the UK.

Osime was convicted at age 16, on the basis of the UK’s controversial Joint-Enterprise law, for the theft of a mobile phone: a crime he did not commit, but was witness to, despite another witness testifying that he asked the people carrying out the theft to stop. Evidence shows that the Joint-Enterprise law disproportionately affects Black youth with people serving jail sentences for merely witnessing, or in some cases, not even being present at the scene of a crime.

Osime is victim of a flawed law. Worse, this decision is the cumulative result of systemic failures that warranted redress at every level, and that denied recognition of his rights as a child and adolescent with a learning disability. Had Osime received adequate support in school, then the care system, then the judicial system, the prison system and now the immigration system, his life would have been very different.

Osime’s case exemplifies the structural and intersectional discrimination experienced by Black and ethnic minority persons with disabilities in the UK’s criminal justice and immigration systems. Persons with learning disabilities, Autism or mental health conditions who are also from Black and or minority backgrounds are disproportionately subjected to proceedings in the criminal justice system where they face entrenched structural discrimination.

Under UK and international law, persons with disabilities should be provided with appropriate support needed to enable them to access opportunities on an equal basis with others. Osime never received such support, and despite urgent need, was also denied a support worker in prison.

Article 12 of the Convention on the Rights of Persons with Disabilities (CRPD) stipulates that states should provide appropriate measures, supports and safeguards to enable persons with disabilities to exercise their legal capacity and prevent abuse. However, the UK’s reservations to core international human rights treaty bodies under immigration, gives them license to deny these rights to people like Osime who were not born in the UK and who, despite spending the majority of their lives here, have not secured citizenship.

For people with learning disabilities and mental health needs this is particularly dangerous. They risk deportation to countries with less developed support services, dubious human rights records and, in cases like Osime’s, to places with no one known to them to provide support or care.

MRG adds its voice to disability and anti-racism activists who are calling for this decision to be overturned in favour of allowing Osime to remain in the UK and be provided with the support he needs to fully recover and reintegrate into society. We also urge the UK to revise criminal laws (like the Joint-Enterprise law) that are disproportionately enforced against members of the Black community and to withdraw its reservations under core human rights treaties on matters of immigration. As it stands, those reservations allow the UK to withhold fundamental human rights protections from non-citizens who are already more likely to face discrimination because of nationality, religion, language, race or ethnicity.