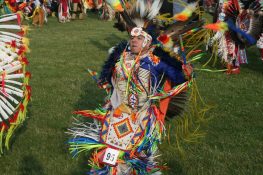 Minority Rights Group International (MRG) strongly condemns the latest round of violence against the Mi’kmaq people and Mi’kmaq fishermen in Nova Scotia and the Canadian government’s failure to adequately intervene and enforce their treaty and human rights.

A decades-long conflict between Mi’kmaq fishermen and non-indigenous commercial fishermen in the region has escalated following the launch of a small-scale lobster fishery by the Sipekne’katik First Nation in September. In recent days, there have been reports of racially-motivated acts of intimidation, harassment and violence perpetrated by non-indigenous fishermen against Mi’kmaq leaders, fishermen and their property.  Vigilante mobs of several hundred people raided Mi’kmaq lobster pounds in two locations, vandalized and set fires to vehicles and threatened to kill Mi’kmaq fishermen as the mob surrounded and barricaded them inside their own lobster pounds. Members of the Royal Canadian Mounted Police were reportedly on the scene in both locations but failed to intervene adequately. Two days later, another Mi’kmaq lobster pound was set on fire and completely destroyed.

At the root of this violence is the right of the Mi’kmaq people to harvest lobster outside of Canada’s commercial season. This right is provided for in the Peace and Friendship Treaty of 1752, which guaranteed Mi’kmaq hunting and fishing rights on their traditional territories. This was later reaffirmed by the Canadian Supreme Court in the 1999 Marshall decision, which upheld Mi’kmaq rights to hunt, fish and gather in pursuit of a ‘moderate livelihood’. The Marshall decision still stands despite the Supreme Court’s later ruling that the government can regulate fishing operations based on conservation concerns.

‘Additionally, Canada has now fully endorsed the United Nations Declaration on the Rights of Indigenous Peoples, which safeguards the rights of all indigenous communities, including the Mi’kmaq people, to exercise self-governance, access their traditional resources and the productive capacity of their territories’, explains Colin Luoma, a lawyer and researcher at MRG.  “These rights are fundamental and must be respected.’

The justification offered for infringing on the rights of the Mi’kmaq people revolves around conservation.  Historically, the Canadian government has failed to enforce the Marshall decision and has even criminalized Mi’kmaq attempts to harvest and sell lobster in their traditional territories.  Opponents of the Sipekne’katik First Nation’s fishery now argue that its operation presents a risk to the local lobster population if they can be harvested by Mi’kmaq fishermen outside the commercial season. However, as a number of experts have confirmed, the small-scale fishery presents no conservation threat. This is apparent when one compares the Sipekne’katik First Nation’s approximately 250 traps with the 35,000 commercial traps that are currently in operation. If a conservation concern exists, it is attributable to the large-scale, industrial fishing operation that already exists.

‘Despite this, the language of “conservation” is again being weaponized against indigenous peoples to dispossess them of their resources and violate their most basic human rights’, says Luoma. “Similar tactics are used across the world, where indigenous peoples’ sustainable resource usage is decried as environmentally destructive and at odds with a Western approach to protecting biodiversity. They are scapegoated as environmental threats, despite having safeguarded the ecological integrity of their territories for generations.’

Conservation is regularly used as a pretext to exclude and criminalize indigenous peoples, while more powerful groups are allowed to plunder resources with relative impunity. Not only does this betray the very concept of conservation, but it also disregards the growing body of research demonstrating that indigenous governance results in better ecological outcomes.

‘Conservation should not be coopted to mask the racism, hate and ignorance expressed towards indigenous peoples’, says Luoma. ‘The Mi’kmaq people are entitled to pursue traditional and economic activities through their own systems and institutions, such as the Sipekne’katik First Nation’s fishery, without discrimination. If the Canadian government is serious about reconciling their relationship with indigenous peoples, as it repeatedly claims, it must respect Mi’kmaq treaty and human rights and take immediate action to protect Mi’kmaq leaders and fishermen in the face of continuing threats of violence on their own lands.’

Photo: A dancer in a Mi’kmaq celebration, by Qias, 2010. Creative Commons Licence.