Minority Rights Group > News > News and blogs > Kenya: Light at the end of the Tunnel in Marsabit

Kenya: Light at the end of the Tunnel in Marsabit 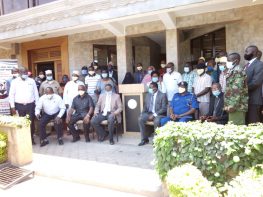 When natural resources scarcity adds up to longstanding identity conflicts between local peoples, any dissension can quickly escalate into a long-term conflict. That is what happened in Marsabit county, in the extreme north of Kenya, Although the situation in the county has largely shifted over time and with different dynamics at play, lately the situation has taken on the aspect of an ‘identity contest’ with a sharp strain between the Borana, Gabra and Rendille peoples following the onset of a devolution process which changed Kenya’s political landscape.

The last decade has aggravated political mistrust, making land and boundary contests an emotive campaign narrative on every side.  While other factors such as the proliferation of small arms has played a significant role in shaping conflict and the unending violence in Marsabit, the stakeholders have been waging a strong competition over economic and political issues, hindering governance throughout the county. Often with the aim of achieving as many casualties as possible, the acts of violence perpetrated on all sides are often particularly sanguinary, especially over the last months, when schoolchildren have been targeted.

In September this year, however, an encouraging initiative promoting dialogue between former and current duty bearers in the county has seen the light, bringing new hopes of peace in the county. Politicians have met and reconciled, putting their differences aside, to unite their communities for good. The meeting, which took place in early September, brought together all key political leaders, including the Cabinet Secretary, the Treasury, the Hon. Ukur Yattani (former Governor) and his arch-rival the current Governor Hon. Mohamud Ali, as well as other leaders such as a Senator, four members of the National Assembly (Laisamis, Saku, Moyale and North Horr), and the county’s Women Representative, who have all  vowed to support the peace process in Marsabit.

It was during that meeting that the former and the current Governors put their differences aside. The Isiolo county speaker also invited the project partner in Kenya to accompany them to Marsabit so that they could mobilize the county’s Assembly to the importance of sensitizing duty bearers.

Strengthened by these talks, the ‘Network for Peace’ project, championed by Isiolo Gender Watch (IGW), will continue to support and strengthen peace processes in Marsabit. It is through the coordinated efforts of actors on the ground that encouraging initiatives such as this peace meeting came to light, improving the perspectives of a long-awaited return of peace in Marsabit and surrounding counties. 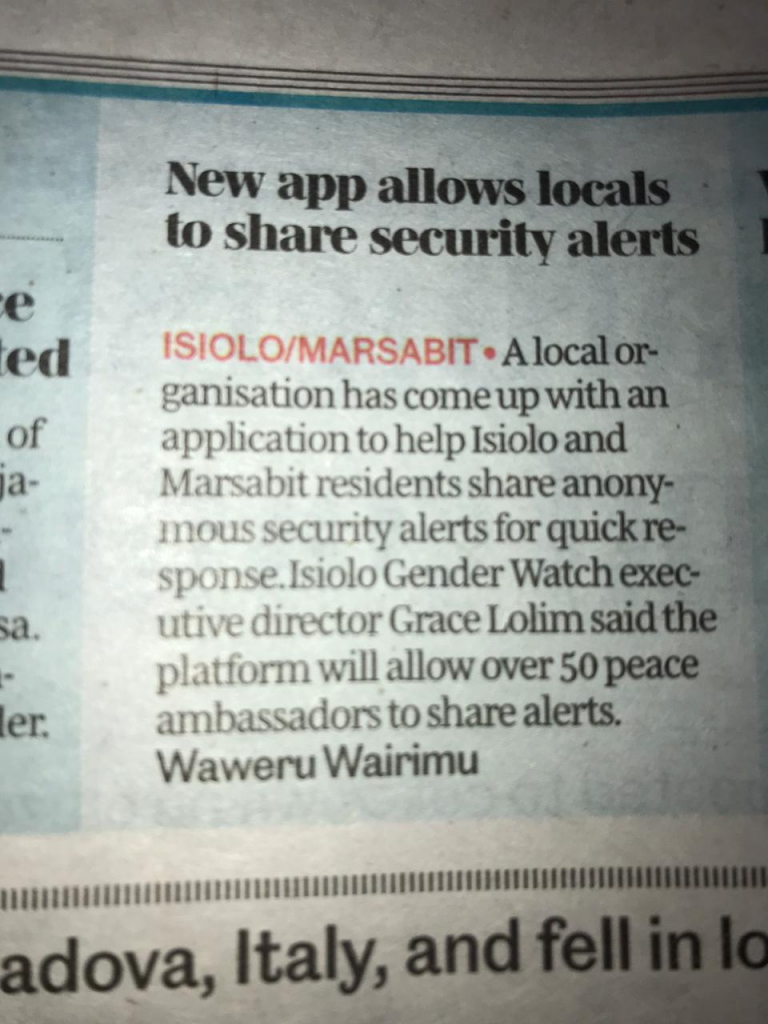 Snapshot of a story published on 13th September 2020 on the ‘Network for Peace’ project in Daily Nation, a local newspaper in Kenya

The peace talks in Marsabit and surrounding counties is supported by a UK Aid Direct Jo Cox Network grant aiming at preventing conflict in East Africa. We take this opportunity to express our strong support to the Jo Cox Foundation, which celebrated its 4th anniversary last month.

Feature photo: A two-day dialogue meeting for Isiolo and Marsabit counties on the topic of returning illegal firearms