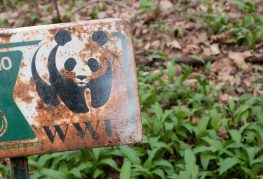 A number of leading human rights NGOs have joined Minority Rights Group International (MRG) today to highlight and condemn WWF’s role in alleged human rights abuses committed in connection with its conservation work. The joint statement responds to an MRG briefing released today, titled Violent conservation: WWF’s failure to prevent, respond to and remedy Human Rights abuses committed on its watch, that exposes WWF’s repeated failures to uphold its human rights commitments, as found by an independent panel of experts tasked with investigating the conservation organization’s conduct in several protected areas in Africa and Asia.

‘We wrote this briefing to emphasize the findings buried in the 160-page report but presented in ways that obscure WWF’s complicity in egregious human rights abuses that disproportionately inflicted violence on indigenous peoples’, says Colin Luoma, a lawyer and researcher at MRG and co-author of the briefing. ‘This briefing corrects the skewed narrative stemming from WWF’s PR spin machine and directs the reader to key findings of wrongdoing in the report’.

The report’s findings include that:

Despite explicit knowledge of human rights abuses, internal WWF investigations were initiated in just half of the protected areas at issue, and only in the wake of intense scrutiny from the media and civil society. The Panel’s findings point to a systemic problem that reaches WWF International, its senior management team and board and implicates the WWF Network as a whole.

‘WWF’s response to the Panel’s findings is a slap in the face to victims and undermines accountability for human rights abuses’, says Lara Domínguez, Acting Head of Litigation at MRG and co-author of the briefing. ‘WWF has used the Panel’s investigation to whitewash its image, rather than be accountable for the wrongdoing the report uncovered. It goes to show how the culture of impunity at WWF is so ingrained it allows itself the margin to treat the victims of conservation-related human rights abuses as regrettable but necessary collateral damage.’

In its public response, WWF deliberately downplayed the report’s findings and its own culpability. While it expressed deep regret and sorrow for victims of horrifying abuses, it refused to accept responsibility or apologize to victims for its own shortcomings. It made no specific commitment to conduct additional investigations in other protected areas it funds and supports or provide any measure of reparation or redress to victims of these human rights abuses, which include multiple allegations of murder, rape, torture, and severe physical violence against indigenous peoples and local communities.