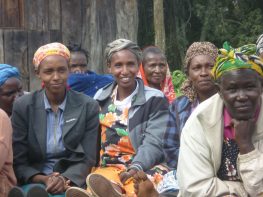 One week ago, many were watching news from Kenya, waiting to hear whether the government had handed out plots of land in Eastern Mau – the ancestral home of the Ogiek people. The community opposed the plans and turned to social media to ask for global solidarity. Though the government stated this was its intention, thankfully the operation did not go ahead.

Instead, it was good news for the Ogiek just a few days later. On 15 December 2020, the Environment and Lands Court in Nakuru issued conservatory orders barring the issuing of titles over Ogiek land in Eastern Mau. This is a major victory for the community, who have endured months of evictions, inter-ethnic violence and uncertainty concerning their ancestral lands during the Covid-19 pandemic.

The government’s Multi-Agency Team that is spearheading the process is also barred from conducting land audits, adjudication, surveys, or the placing of beacons. The orders will remain in place until the court determines the underlying petition filed by the Ogiek Council of Elders and the Ogiek Peoples’ Development Program, on behalf of the Mau Ogiek community. The next hearing in the case is slated to take place on 1 February 2020.

Although the court still has to make a final determination on the underlying petition, the orders offer a temporary reprieve to the Government’s proposed course of action, which violated the African Court’s 2017 judgment.

Read more about our ongoing campaign in solidarity with the Ogiek here.

Photo: A group of Ogiek women in the Mau Forest, Kenya