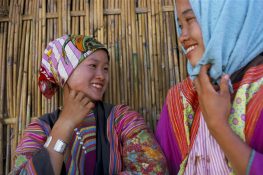 Hate speech against minorities remains a major concern in Myanmar. Like other countries, the root causes and drivers of hate speech in Myanmar are multiple and originate in both the historical and current political economic context. Racist, sexist and religio-nationalist sentiments remain widespread in popular society. Hate speech messages typically target religious and ethnic minorities as well as women and people from the LGBTQ+ community.

Since the implementation of political and economic reforms following Myanmar’s transition from a military dictatorship to a quasi-civilian government in 2010, there has been a significant increase in online hate speech in the country. While many observers rightly identify the exponential growth of smart phone penetration and access to mobile internet following economic liberalization as a reason for the increase in online hate speech, it is clear that powerful institutions are also responsible for allowing and driving the spread of hate speech.

The Independent International Fact-Finding Mission on Myanmar has found that ‘the Myanmar authorities have emboldened those who preach hatred and silenced those who stand for tolerance and human rights. By creating an environment where extremists’ discourse can thrive, human rights violations are legitimized, and incitement to discrimination and violence facilitated.’ When influential people in society – including religious leaders and members of the government and military – spread hate speech or espouse discriminatory sentiments, it gives permission to the general population to pick up and promote the same views. ARTICLE 19 has concluded that hate speech in Myanmar has flourished in part because of the ‘absence of principled leadership by senior politicians in speaking out against discriminatory hatred, and the lack of a comprehensive plan to promote pluralism, diversity and inclusion in Myanmar.’

Influential people in society have also been directly implicated in creating and systematically spreading online hate speech. Research has shown that hate speech campaigns have been organized by Buddhist nationalist organizations such as the Buddha Dhamma Prahita Foundation (the new incarnation of the previously banned Ma Ba Tha or ‘Association for the Protection of Race and Religion’) and people with connections to the Myanmar military (also known as the Tatmadaw). In 2018, a Facebook internal investigation on hate speech and disinformation in Myanmar found evidence of a coordinated campaign with linkages to the Myanmar military, which led the company to ban a number of accounts and pages including that of the Commander-in-Chief Senior General Min Aung Hlaing. In February 2020, Facebook removed additional networks of accounts that were spreading online hate speech.

While the government and military have been instrumental in the creation and spread of online hate speech, these messages are readily picked up and spread by everyday users, a process facilitated by the rapid expansion of mobile data access over the past decade. It is undeniable that there is deep support for racist, sexist and discriminatory views among some members of the population, including not just the majority Bamar population but also some members of ethnic minority groups. Even human rights and democracy activists and civil society leaders have been found to have engaged in spreading online hate speech and anti-Rohingya messages.

The government response: some talk, but little action

The NLD government has taken some steps to address hate speech, but overall these efforts have been weak and ineffective. The Ministry of Religious Affairs and Culture has drafted multiple versions of a ‘hate speech law’ – called the ‘Interfaith Harmonious Coexistence Bill’ and later ‘Bill for Protection Against Hate Speech’. In 2016 and 2017 these draft versions were publicly shared and some consultations with civil society were held, but the drafting process then stalled. At present, it appears that the task has been shifted to the military-controlled Ministry of Home Affairs, but there is no indication what plans the government has for finalizing and implementing a ‘hate speech law.’ Many civil society organizations have stated that creating a ‘hate speech law’ will not in itself be effective while the wider justice system remains unaccountable. Human rights groups expect that any new law would likely be used to criminalize speech opposing the government and further repress the expression of human rights defenders and ethnic and religious minorities. Given that there are already laws in place that should in principle be adequate to address extreme cases of hate speech and related violence, if properly applied, they argue that the government’s priority should be in ending the impunity enjoyed by those individuals who are systematically spreading hate speech and inciting violence. ARTICLE 19 has recommended that in its present form the draft ‘hate speech law’ would likely facilitate further discrimination and repression as it depends on criminalizing an overly broad range of speech, suggesting instead that Myanmar base its approach on the Rabat Plan of Action.

In February 2018, the President’s Office created a Social Media Monitoring Team (SMMT) under the Ministry of Transportation and Communication using government emergency funds, ostensibly to monitor and prevent the spread of online hate speech and defamation. The move was immediately criticized by both human rights activists and members of the military-aligned USDP party as ineffective, ripe for abuse and likely to be politicized in favour of the ruling NLD government. Concerns have been raised over the lack of transparency in the SMMT’s mandate and operations, particularly what many observers assume is widespread surveillance of those considered to be working in opposition to the government. The SMMT was instrumental in the order to ban hundreds of websites in March 2020, some of which were legitimate ethnic minority-run media outlets.

In April 2020, the NLD government issued the ‘Republic of the Union of Myanmar Office of the President Directive No. 3/2020: Prevention of incitement to hatred and violence (or) Prevention of proliferation of hate speech.’ The Directive was aimed at government civil servants, encouraging them to ‘denounce and prevent’ hate speech, but without any specific regulations or consequences. The Directive stated that ‘all Ministries and all Regions and States Governments are to ensure that its personnel, officers, staff — whether military or other security forces, or civil services — and local people under its control or direction shall take all possible measures to denounce and prevent all forms of hate speech. All ministries, their agencies, departments and offices shall further encourage all personnel to participate in and support anti-hate speech activities.’ Following the announcement of the Directive, the Social Welfare Minister echoed the contents of the Directive in a videoconference specifically on the issue of preventing hate speech with state and regional government officials. The bureaucracy’s response to the Directive, and their progress with reporting their efforts, remain to be seen.

While civil society organizations view the Directive as a step in the right direction, they also point out that its lack of any specific actions means that it is unlikely to have much impact. Critics argue that the timing of the Directive is important: it was issued in April 2020 following the release of the Fact-Finding Mission’s findings and Aung San Suu Kyi’s defense of Myanmar against charges of genocide at the International Court of Justice. The cynical view is that this Directive was simply an attempt to demonstrate that the NLD government was doing something on the issue of hate speech.

The impact of online hate speech in the 2020 elections

Online hate speech has a range of negative impacts in Myanmar society. The spread of online hate speech has frequently led to violence, from physical attacks on individuals to state-led campaigns which have been called ethnic cleansing and genocide. Political movements based on hate speech have built up significant political support, even achieving actual policy reforms: in particular, the set of ‘Race and Religion’ laws which are discriminatory by definition. Hate speech also affects the everyday lives of people from minority groups. The livelihoods of religious minorities have also been impacted, with the Ma Ba Tha movement’s 969 campaign regularly calling for boycotts of Muslim-owned businesses. Stories of disputes at Muslim-owned businesses have been spread and amplified on social media, in some cases leading to mob violence and looting at the businesses.

Following the appearance of online hate speech during the 2015 general elections, it was expected that there would be a similar or greater amount during the 2020 campaign. In May 2019 and March 2020, the Union Election Commission held seminars on countering disinformation and hate speech against women candidates. In May 2020, representatives of the NLD government publicly raised the issue of hate speech related to violence breaking out during the election campaign. The Myanmar Election Law (Article 10i) states that political parties and candidates cannot use ‘religious ideologies’ during their campaigning, but nothing specifically against hate speech. However, a number of civil society groups have suggested Codes of Conduct for political parties and candidates that include language on a hate speech.

In the lead-up to the November 2020 elections in Myanmar, Facebook implemented a number of initiatives, including increasing the number of disinformation and hate speech monitors and detection technology. A MRG partner organization monitoring online hate speech in the campaign concluded that hate speech did play a role in the elections, but rather than the candidates themselves it was their supporters who were spreading hate speech online, often in a seemingly organized fashion. The monitoring found that some candidates avoided using hate speech on social media but spread hate speech messages during their offline campaigning. In one particularly egregious example, independent candidate Kyaw Soe Htut publically erected campaign banners reading ‘No Rohingya’ in the ethnically and religiously diverse Latha Township.

Online hate speech in the wake of Covid-19

There have been some instances of hate speech related to the Covid-19 pandemic. Statements blaming the Rohingya and Rakhine minorities for importing the disease were posted on social media accounts known for distributing pro-military propaganda. On 15 April 2020, State Counsellor Aung San Suu Kyi made a positive statement in a video conference encouraging people to support, not blame, Covid-19 patients and not accuse patients of spreading the virus. Yet as the second wave of the pandemic spread in Myanmar in late August, there was a documented rise in anti-migrant sentiment, especially directed at people from Rakhine and Rohingya ethnic minority groups.

Despite official condemnations, Myanmar authorities have themselves played a central role in the spread of misinformation and hate speech. The racially discriminatory nature of many of the rumours surrounding Covid-19 threaten to not only expose the country’s minorities, particularly Rohingya, to further stigma and violence but also threaten to undermine the effectiveness of the national public health response to the pandemic. This latest chapter demonstrates, if proof was needed, that hate speech in Myanmar still has the potential to cause real harm and could lead, in ways both expected and unexpected, to more deaths in future if it remains unaddressed.

Read more about Myanmar and its minorities in our Directory of Minorities and Indigenous Peoples.