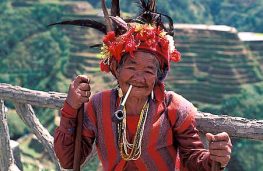 Deadly operations through coordinated police and military actions on Indigenous Peoples under Duterte’s regime in the Philippines must stop!

We the undersigned organisations across the world condemn the apparently extrajudicial execution of 9 Indigenous leaders, and the illegal arrest of 17 additional leaders and members of Tumanduk nga Mangunguma nga Nagapangapin sa Duta kag Kabuhi (TUMANDUK). The massacre took place in various villages in Tapaz, Capiz and Calinog, Iloilo in Panay Island, through a coordinated police and military operation on 30th December. We the undersigned organisations stand in solidarity with the Tumanduk of Tapaz, Capiz and Calinog, Iloilo in condemning the incident and seeking justice for the victims.

On 30th December 2020 when the holiday season was just beginning, 9 individuals were apparently extrajudicially executed, shot at point-blank range in their respective houses, and 17 were arrested and detained after having gone missing for 5 days. Reports from the community states that cellular phones were confiscated to restrain people from taking photos and videos of the summary execution. In one case the family members were forced out of their house and in other cases the military forcibly entered their homes and shot the leaders while they were sleeping.

Among the identified victims of the Tumandok massacre are Roy Giganto, Chairperson of the Tumandok IP Organization and member of KATRIBU’s National Council of Leaders and Councilor of their community; Mario Aguirre, former Chairperson of Tumanduk and Councilor of Barangay (village unit) Lahug, Tapaz; and Reynaldo Katipunan, Village Councilor of the same village. Out of the 17 arrested and detained, 6 of them are Indigenous women who are active members of Anggoy (an Indigenous women’s organization in Panay island).

Those killed were recognized leaders in their respective barangays. They were civilians and not armed combatants. These Tumandok communities have consistently opposed militarization and human rights violations in their localities and have advocated for the protection of their rights as an Indigenous People. These communities were active and vocal in resisting the construction of the Jalaur Mega Dam in Calinog, Iloilo and the Pan-ay mega dam in Tapaz, Capiz. The leaders and members of these Tumanduk communities have been red-tagged and accused by the military as members and supporters of the CPP-NPA (armed opposition group) because of active assertion of their rights. Just last month, the community leaders of Barangay Lahug and Tacayan sought the help of the Commission on Human Rights because their residents were being threatened by the Philippines Army and Philippines National Police (PNP) deployed in these barangays.

Roy Giganto (one of the killed leaders) became the subject of continuous military harassment and was forced to surrender as he was leading the resistance against the dam construction and leading their collective lands rights advocacy. It is not the first time that indigenous human rights activists are harassed and killed, but an increasing trend under the current government. SEMPO (Synchronized Enhanced Managing Police Operations) was conducted in Negros Island in December 2018 that resulted in the killing of 6 persons and the arrest of 31 indigenous activists. Before June 2020, a military officer threatened Roy Giganto and his community with the same fate of the Negros and Samar’s community, if they do not cooperate.

In June 2020, the 3rd Infantry Division of the Philippine Army (IDPA) had summoned the civilian victims who were labeled as NPAs and asked to sign documents supposedly to “surrender” and “clear their names”. Since they were not members of the NPA, and did not want to be considered as surrenderers, the Tumandoks refused to sign. Threats against them mounted, with soldiers who threatened them to be charged under the Anti-Terrorism Act. The community leaders stood their ground and clarified that they were Indigenous Peoples asserting their collective rights to their ancestral lands and self-determination.

In the Philippines, Military and other paramilitary and security forces have quelled local resistance to development projects, resulting in wide-scale violations of their civil and political rights, including criminalization and vilification of their legitimate actions. The sinister designs in quelling local resistance often are use of threats, violence, judicial and other forms of harassment, arbitrary detentions, illegal arrests, evidence planting, eforced disappearances and summary executions.

The Tumandok of Iloilo, Tapaz and Capiz are only the latest in the long list of communities across the Philippines that have been attacked by security forces because of their advocacies in the field of human rights and resistances to projects which are detrimental to them.

In one of the statements condemning the incident, one of the leaders said that, ‘our fight against the construction of Jalaur and Pan-ay Dams have not ended yet, so we remain resolute in defending what’s left of our rivers and forests. Despite violence and threats, we will relentlessly and fiercely stand against corporate plunder and the destruction of the environment’. [i]

Such acts of blatant killings and gross violation of human rights occur in authoritarian regimes and is unexpected of in a democratic country. We strongly condemn the incident and stand in solidarity and support with the community whose human rights is grossly violated. We stand with them in seeking justice for the victims of the Panay Massacre. We stand in their struggle in advocating and advancing the rights of the Indigenous Peoples, in their struggle for self-determination, peace and justice.

We call upon the government of Philippines to immediately conduct impartial and credible investigations. We call on the House of Representatives and Senate to conduct inquiries, especially on the persistent issuance of search warrants, conduct of police and military operations marred by summary executions and evidence-planting, and “systematic” conduct of these deadly operations as experienced in Samar, Negros, Metro Manila, and most recently in Panay Island.

[i] For more information visit the organization’s Facebook page.

Read this statement on the International Work Group for Indigenous Affairs (IWGIA)‘s website and on the Asia Indigenous Peoples Pact (AIPPNet)’s website.

Filed Under: Asia and Oceania, Philippines