Press release on the recent campaign of arbitrary arrests in Tunisia 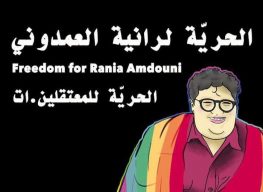