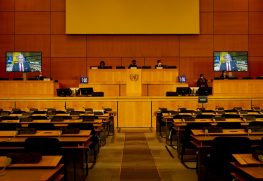 At the UN side-event to the 46th session of the Human Rights Council, Minority Rights Group (MRG), along with the South Asia Collective, Article 19, FORUM-ASIA, the International Commission of Jurists, and the World Organization against Torture, organized the event ‘From hate to violence: Preventing & countering hate speech against minorities in South Asia‘.

South Asia has experienced heightened incidence of hate speech and incitement to hatred, with grave consequences for its minorities – religious, ethnic, linguistic and gender among other protected categories. These are often orchestrated campaigns, with the backing of powerful forces, during elections and emergencies – terrorist attacks, even during the ongoing pandemic – or in response to mass public protests. Minority groups have been stereotyped as anti-nationals, traitors, infiltrators, terrorists and disease-spreaders, among others. It has contributed to the entrenchment of anti-minority discrimination both in the private and public spheres.

On 16 March 2021, this event was organized to explore how the issue of hate speech has played out in the South Asian context. It addressed the following topics:

The keynote speaker at the event was Fernand de Varennes, UN Special Rapporteur on minority issues, and the panellists were Haroon Baloch (Pakistan), journalist and digital rights researcher at Bytes for All; Farah Mihlar (Sri Lanka), Lecturer, University of Exeter, and Sri Lanka minority rights campaigner; and Shakuntala Banaji (India), Professor of Media, Culture and Social Change, London School of Economics. The event was moderated by Joshua Castellino, Executive Director of MRG.

Alice Wairimu Nderitu, UN Special Adviser on the prevention of genocide, delivered her concluding remarks on the programme.

The Human Rights Council, as a preventative and reactive body should monitor the situation of minorities in South Asian countries where they are the most at risk, denounce hate speech and hate campaigns targeting religious minorities and hold each other, as States, to account as primary responsibility-bearers, to prevent escalation into discrimination and violence.

UN agencies in the field should support local initiatives to prevent, monitor and counter hate speech. In implementing the UN Strategy and Plan of Action on Hate Speech, they should involve civil society organizations and minorities rights defenders, to apprehend this phenomenon and devise effective strategies to address this scourge.

South Asian States must prioritise action against hate speech and incitement, by:

Internet intermediaries should realise their duty of care towards all users, uphold the UN Guiding Principles on Business and Human Rights, in ensuring that social media platforms do not tolerate advocacy of national, racial or religious hatred and that the rules are swiftly, fully and consistently implemented to eliminate hate speech.