A Tribute to Claire Thomas 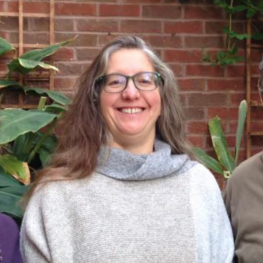 For those who were around and may remember, the year 1996 may seem like it was from a completely different era. Minority Rights Group published three reports that year, which show how similar were some of the difficulties that minorities faced. Kurds came under severe oppression in northern Iraq; Central Americans of African descent were systematically marginalized but had begun a process to realise their rights; and the Copts in Egypt faced specific vulnerabilities that persist to this day. In 1996, Minority Rights Group was more than a quarter of a century old and operated with a dedicated team out of a small office in Brixton, South London. It had already earned a strong reputation for research-led activism in support of minority and indigenous communities globally.

On the 1st of July of that year, the organisation first employed an intrepid, passionate advocate of minority and indigenous peoples’ rights, who would go on to become an integral part of the history of the organisation. With this brief column, I want to draw attention and pay special tribute to Claire Thomas, Deputy Director of MRG, who has gone from strength to strength, and is today, twenty-five years later, behind so much of MRG’s global reach and impact.

Others will be better equipped to narrate the Thomas impact on MRG’s history. Among these will be diverse partner communities around the world from West Papua, Myanmar, Pakistan, Uganda, Kenya and Somalia among others who could no doubt testify to her unwavering support as they have faced up to impossible odds. Long-standing staff who worked closely with her over the years would testify to her innate ability to design, win funding, and systematically implement and meticulously report on impactful projects that make a difference to communities’ trajectories. Donors would be able to testify to the extent that they have learnt from the Thomas worldview, and her deeply held conviction in the inherent dignity and worth of every human being on the planet. Interns, passing through the organisation, will confirm how her attention to their well-being and future made a difference to their careers.

In terms of MRG’s rich history, my time working with Claire seems barely significant. Yet in the nearly three years I have had the honour of working beside her, I can testify first-hand to her leadership and action on issues of maternal health, her drive to combat public attitudes towards minorities and indigenous peoples through street theatre, her determination to make sure No One is Left Behind, or as she prefers to say, – No One is Pushed Behind – in the quest for development, and her ability to design effective counter-measures to combat hate speech, to conduct inclusion audits for States, and to research and write with authority on issues concerning public health. That level of output would require full-time dedication, but in addition Claire has, until very recently, managed the entire organisation’s human resource portfolio, overseen its fundraising efforts and played a role in ensuring compliance issues.

Her achievements are too many to recount here. The relationships she has built are perhaps even greater. The number of lives she has touched with her work to date is already very significant indeed, but the activists whom she has supported, especially among women and men from communities far from sites of power, will outlast us and continue to carry forward a legacy for the struggle for equal rights that has consumed so many of the brightest talents in history.

That the fight for equality, taken for granted in so many places for so long, has become acute in the face of misogyny, mediocrity and populism, means that more people are needed to join in to stand up for what is human, humane and downright pragmatic, and that will yield peace and sustainability.

In the manner in which Claire conducts herself, she epitomises two Maya Angelou quotes.

Whatever you want to do, if you want to be great at it, you have to love it and be able to make sacrifices for it.

You may not control all the events that happen to you, but you can decide not to be reduced by them.

The best part of this story friends, colleagues, partners, is that the best is yet to come. Claire has only just warmed up for this fight. She has poured her inspiration into MRG’s new strategic plan with a whole new emphasis on making sure we renew the struggle alongside communities under pressure. You may feel that the odds are getting higher against minorities. For Claire Thomas and the rest of us at MRG privileged to work with her, we have our sleeves rolled-up and are galvanised for the entrenched battle ahead. We believe we have history on our side and that we will build a world where the accident of birth is not the sole determinant of the trajectory of an individual or community. We hope you will join us and ensure that no one decides they can speak for you, especially if their agenda is less progressive or believes that human beings are not equal. To do that you must find your inner Claire Thomas!

We held a virtual sofa talk with Claire Thomas on 15 July 2021 at noon BST to reflect on her 25 years with MRG advocating for minority and indigenous rights. The event was live on Facebook; you don’t need an account to watch it.

Photo: A photo of Claire Thomas.