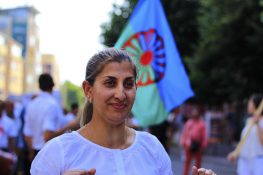 The research exposes that segregation in education, differentiation in hiring processes, housing conditions and general access to services are the main areas where discrimination occurs. Roma women are the most vulnerable, particularly in accessing social and health care and pursuing personal development, due to the inherent gender inequality within a traditionally patriarchal society.

‘In both Bulgaria and Croatia, Roma often internalise and accept discrimination as part of their life. It is of utmost importance to ensure that Roma communities are aware of their rights and the legal remedies available so that these persistent cases of discrimination are addressed by administrative and judicial bodies,’ says Andrea Spitálszky, MRGE’s Legal Officer and Project Coordinator of Equality for Roma through Enhanced Legal Access (ERELA).

Prejudice, stigma and antigypsyism are primary drivers of discrimination, with most incidents going unreported in both countries because of distrust in state institutions, lack of knowledge about the available legal remedies and fear of the consequences.

‘Everyone, including the media, need to act to address this because anti-Roma sentiments are not only present in all strata of the society, but antigypsyism is often expressed by highest-level officials. Sensitization of national and local decision-makers is crucial to combat hate speech against Roma,’ adds Andrea Spitálszky.

MRGE conducted the study in collaboration with Amalipe Center for Interethnic Dialogue and Tolerance, a leading organization working for the equal integration of Roma in Bulgarian society, and Information Legal Center, an organisation providing free legal assistance to socially vulnerable groups in Croatia in exercising their human and civil rights.

Since coming to the Balkans in the 13th century, Roma have faced persistent discrimination, exclusion and prejudice. Today they are among the most marginalized communities in Europe and are the least politically represented minority in the region.

‘Roma in Croatia have their MP in the Croatian Parliament and can constitute councils of national minorities in municipalities inhabited by a larger number of Roma. However, they are underrepresented in politics and decision-making in general. This prevents their active engagement in the creation of politics which would enhance their position in society,’ says Nataša Kovačević, the Executive Director of Information Legal Center (ILC).

For more information or to arrange interviews, please contact the MRG Press Office on press@minorityrights.org.

Click here to watch the launch event we organised on 21 October 2021.