Heath and education: Indigenous communities want action from the Government of Uganda ahead of upcoming UN review 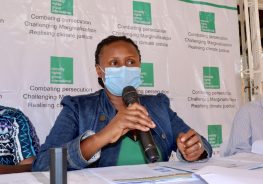 Indigenous and ethnic minorities in Uganda are urging the government to back promises of improving healthcare and education access in their communities with actions ahead of the country’s upcoming Universal Periodic Review (UPR) in January.

UPR is a peer review mechanism by the United Nations Human Rights Council, in which states evaluate the performance of other states on each other’s human rights records. After each review, states are then given recommendations, which they can either take on or ignore.

Uganda was last peer reviewed in 2016, and the government committed to undertake several recommendations—including providing equal and quality healthcare and education to marginalised indigenous and ethnic minority communities in the country.

‘Uganda’s 2022 UPR review is critical to the status of ethnic minorities largely vulnerable to exclusion, discrimination and high levels of poverty. The review is stock taking on the recommendations committed to in 2016 and those on education and health are indeed critical to these groups as they struggle for better social economic status,’ says Agnes Kabajuni, MRG’s Africa Regional Manager.

Despite these commitments, many indigenous and ethnic minority communities today still struggle to access quality healthcare and education, a situation further exacerbated by the ongoing Covid-19 pandemic.

One of the most vulnerable indigenous and ethnic minority communities in the country is the Batwa, a historically marginalised community that was forcefully evicted from their ancestral lands in southwestern Uganda without prior informed consent and due compensation. After the evictions, which started as far back as the 1930s colonial Uganda, the ancestral lands of the Batwa were turned into the present-day Bwindi Impenetrable and Mgahinga Gorilla national park, and Echuya central forest reserve.

Left landless after the evictions and f facing discrimination by dominant ethnic groups in southwestern Uganda, the Batwa live on the fringes of society.

During a journalist fact-finding trip to Kanungu district last week to ascertain the progress of the implementation of the UPR recommendation by government among the Batwa, Sylvia Kokunda, the Executive Director of Action for Batwa Empowerment Group (ABEG) urged the government adopt affirmative action policies to lift indigenous and ethnic minorities.

‘The people in government always say they will work on improving the conditions of the Batwa. What we get are words but no real action,’ she said.