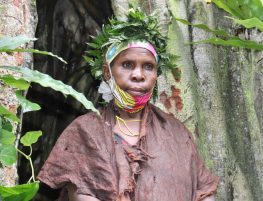 A diverse range of ethnic, religious, and linguistic minorities and indigenous peoples exist across the world and Africa is host to significant and diverse numbers, but what they all have in common is that they often face discrimination, marginalisation, and exclusion. Among the minority and indigenous peoples in Africa are hunter-gatherer or forest peoples of the great lakes’ region in Burundi, Rwanda, DRC, Uganda, CAR, Cameroon, and other countries in the Central, Northern and Southern Africa, the nomadic pastoralist communities in Eastern Africa, Central Africa, Northern Africa as well as in Western Africa, urban ethnic or religious minorities and small-scale farmers in these countries and regions.

Minorities and indigenous peoples in Africa suffer numerous challenges or barriers to their progress in social economic and political development due to high levels of marginalisation and exclusion. In most countries they are not granted recognition and their needs thus not integrated into government priorities and programmes. This often result into loss of claim to their lands, territories, and natural resources, which is also closely related to the capability of these groups to survive as peoples, develop and be able to exercise other fundamental individual or collective rights.

They have thus faced violations of several rights such as the right to determine their own future, to continue and develop their mode of production and way of life on their own terms and to exercise their own culture. As a result, minorities and indigenous peoples live in least served localities with very limited opportunities to access social economic services most critical education, health care, income, and decent work. This has resulted into persisting marginalisation, vulnerability to negative impact of climate change, perennial resource-based conflicts, and targeted displacements due to forceful evictions, disasters, and conflicts.

This webinar hopes to increase understanding and integration of issues surrounding health and education of ethnic minorities and indigenous peoples on development forums and achieve better planning and commitment for these ethnic minorities by their hosting governments, international organizations and interested parties.

WHERE? On Zoom – Registration has now closed.